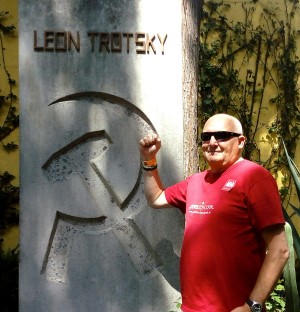 Vincent Doherty is an activist from Derry who has been involved in left politics since the 1970s. He was a member of Official Sinn Féin in Derry in the early 1970s, before moving to England and becoming involved in the International Marxist Group (IMG) and the Troops Out movement. On returning to Ireland, he joined People’s Democracy (PD), which by that time was associated with the IMG through the Fourth International. As a member of PD he was centrally involved in the National H-Block/Armagh Committee during the Hunger Strikes. He went on to join Sinn Féin, but later left that organisation and has since been an independent activist.