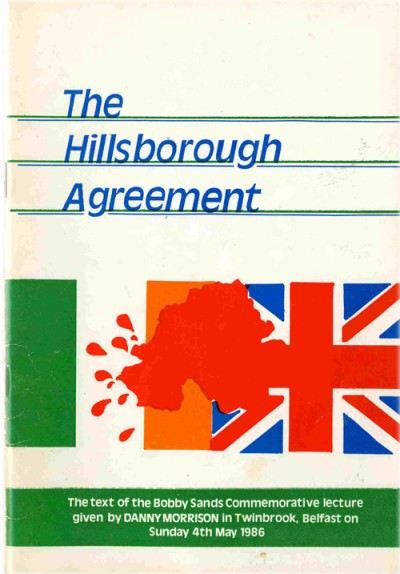 Printed by the Sinn Féin Publicity Department in May 1986 this document, as the frontispiece notes:

…examines the background to the Hillsborough Agreement, the agreement itself and how it has fulfilled the intentions of its signatories. It also looks at the nature of loyalism and ‘constitutional’ nationalism in the North.

Given the significance of the Hillsborough Agreement [Anglo-Irish Agreement] it is unsurprising that many formations in Ireland would seek to analyse it from their differing perspectives. Next week we will consider a Workers’ Party response, but this week we start with the Sinn Féin response as articulated by Danny Morrison.

It is quite a comprehensive document that outlines SF approaches ‘from H-Blocks to electoral strategy’. It is absolutely clear about the importance of that ‘electoral strategy’. It suggests that the AIA was in part a response to both the dismissal by Thatcher of the Forum Report in 1984 and the Brighton Bombing, but also a more engaged Sinn Féin [in political terms].

It provides an overview of specific articles of the Agreement and considers the Loyalist reaction - which was pointed. It also argues that the Republican position is grounded in an analysis which sees the Loyalist response as confirming to them that it is broader issues than armed struggle by the IRA which causes it. It also criticises the Agreement for not containing sufficient to be worth provoking a Loyalist response, while also noting that the Agreement ‘ignore[s] the wishes of ‘the majority’ on various issues and therefore this should be highlighted at every opportunity.

It is important to note that for Sinn Féin this came at a particular significant time, given that abstension was dropped in the same year. That the AIA appeared to be the precursor to a new period of engagement between the two governments and directly fashioned to subdue political Republicanism as much as armed struggle merely underlined in some analyses the idea that the latter had certain capacities, so in that respect the AIA may have seemed something of a vindication.

Indeed the document is quite explicit about this concern upon the part of Sinn Féin:

While London and Dublin maintain the Agreement, republicans need to be aware of the danger of the British and Free State forces launching a joint attack on activists, North and South, as a sop to loyalists, and as a means of removing the Sinn Féin threat to the SDLP.

Whatever happens in the months ahead it is quite clear that the Hillsborough Agreement has not worked. An examination of those factors have ensured the survival of this long struggle against major difficulties and with little resources also points the way ahead.

Finally, the Hillsborough Agreement has not undermined Sinn Féin or the armed struggle of the IRA, or Republican advancement in the twenty-six counties. To paraphrase Martin McGuinness, speaking at the funeral of H-Block escapee Seamus McElwaine last April, what makes nationalists equal in the North is not Garret FitzGerald acting as their guarantor, but the Armalite in the hands of an IRA volunteer. 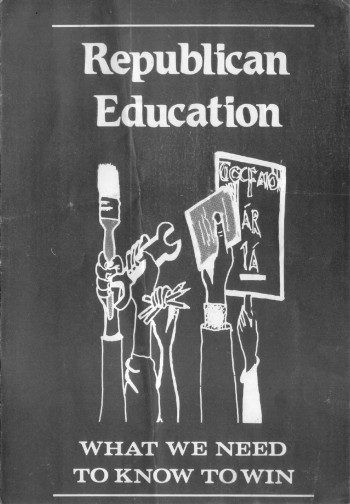 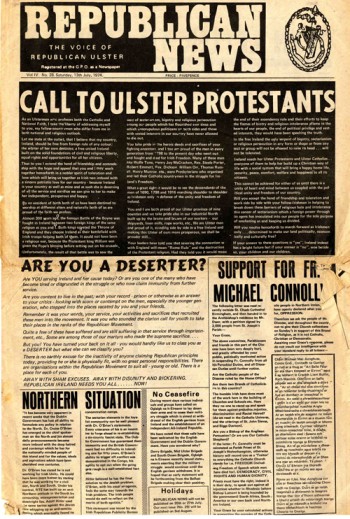 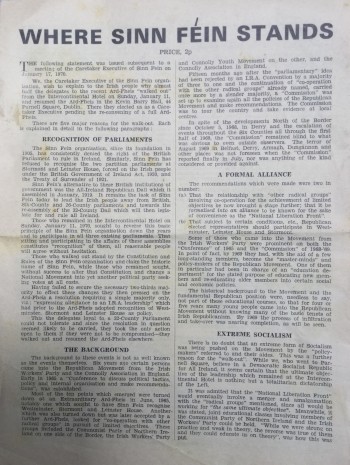