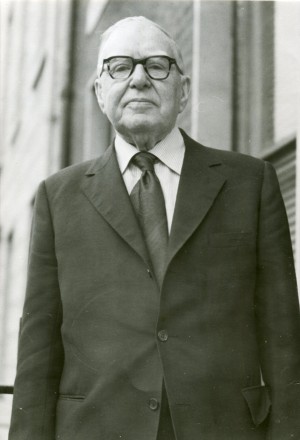 A Marxian socialist, secularist, trade unionist and internationalist, Laurence John (John) Swift was born at 83 Clanbrassil Street, Dundalk, County Louth, on 26 August 1896. He was the eldest of four children of Dundalk-born Alice Swift, née Deane (1861-1918) and Patrick Swift (1858-1926), who ran a bakery business, Swift and Cooper, jointly with relatives, also at 83 Clanbrassil Street. A few years following John’s birth, the family moved their residence, but not their business, to 77 Clanbrassil Street. Prior to the establishing his bakery business in 1891, Patrick Swift had been employed as a baker at H.F. & J. M’Cann, the principal bakery in the town. As President of Dundalk Bakers’ Society (trade union), he was a leader of a strike in the seven bakeries in the town in 1890. Although, the strike was reported to have been successful, M’Cann’s subsequently reneged on the settlement terms and Patrick and his future business partners, John Cooper and James Reilly, were either locked out or sacked. Politically, the Swifts were Parnellites, but Patrick was also a socialist. Although, formally, the family religion was Roman Catholic, Patrick was actually a rationalist and freethinker.