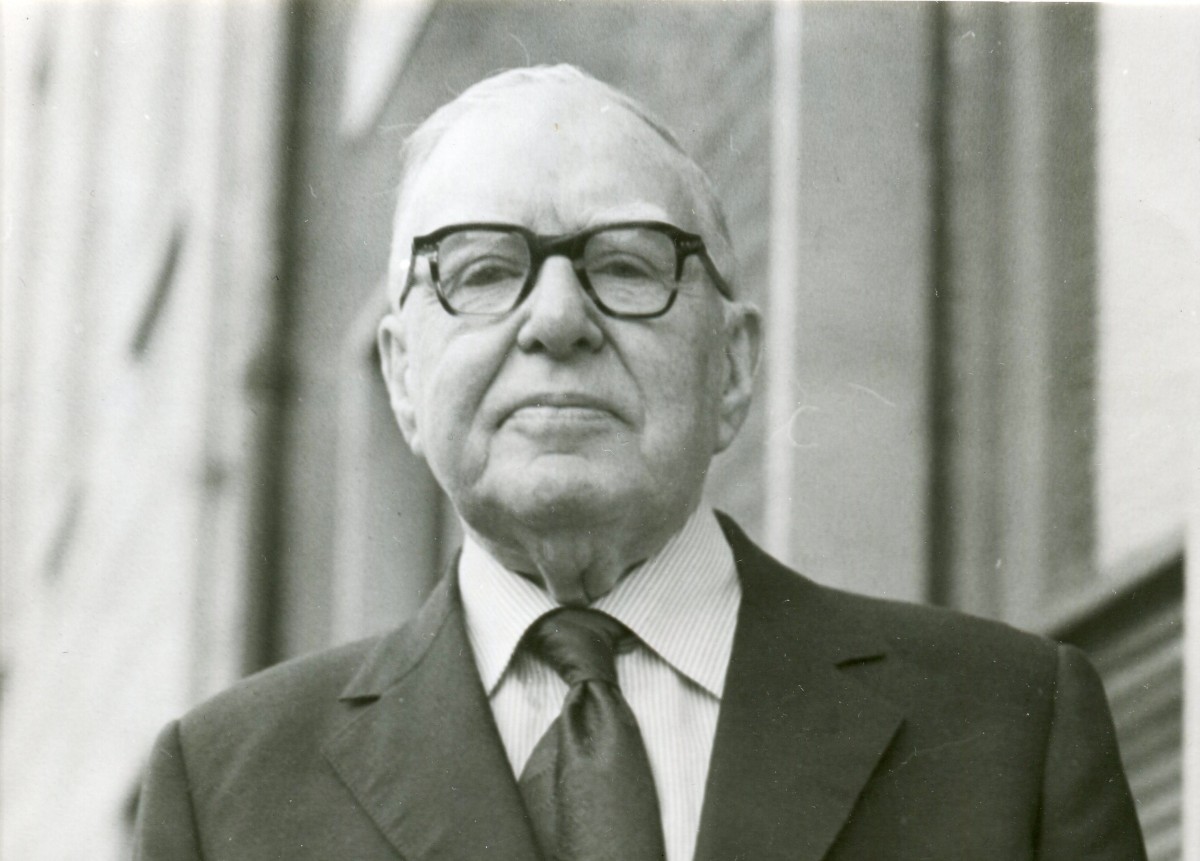 A Marxian socialist, secularist, trade unionist and internationalist, Laurence John (John) Swift was born at 83 Clanbrassil Street, Dundalk, County Louth, on 26 August 1896. He was the eldest of four children of Dundalk-born Alice Swift, née Deane (1861-1918) and Patrick Swift (1858-1926), who ran a bakery business, Swift and Cooper, jointly with relatives, also at 83 Clanbrassil Street. A few years following John’s birth, the family moved their residence, but not their business, to 77 Clanbrassil Street. Prior to the establishing his bakery business in 1891, Patrick Swift had been employed as a baker at H.F. & J. M’Cann, the principal bakery in the town. As President of Dundalk Bakers’ Society (trade union), he was a leader of a strike in the seven bakeries in the town in 1890. Although, the strike was reported to have been successful, M’Cann’s subsequently reneged on the settlement terms and Patrick and his future business partners, John Cooper and James Reilly, were either locked out or sacked. Politically, the Swifts were Parnellites, but Patrick was also a socialist. Although, formally, the family religion was Roman Catholic, Patrick was actually a rationalist and freethinker.

Educated at the local Christian Brothers and, briefly, the de la Salle Brothers Schools, Dundalk, John Swift also acquired an elementary knowledge of the bakery trade in his family’s bakery. Following the bankruptcy of the business around 1909, the Swifts moved permanently to Dublin in the winter of 1912-1913, settling in the Clanbrassil Street district of the city. During the Dublin Lockout, John Swift attended many of James Larkin’s public meetings and was captivated by Larkin’s defiant message and oratory. In early 1914, he joined the Irish Volunteers but soon became disillusioned and drifted out of the organisation in the summer of 1915. In late 1915, he joined the Irish Bakers’ National Amalgamated Union. Following his arrival in Dublin, Swift worked briefly as an apprentice in Jacob’s biscuit factory, and later as a confectioner in several bakeries, including Galbraith’s in Vicar Street, Rathmines Bakery and Johnston, Mooney and O’Brien’s in Ballsbridge up to the 1916 Rebellion. Following the Rebellion, he was employed by Bewley’s of Westmoreland Street, where he was sacked for attempting to unionise his bakery colleagues.

In the absence of work in Ireland, Swift emigrated to England in June 1917, working in a munitions factory in the Thames Docks at Rotherhithe. Liable for conscription after leading the second of two strikes over the onerous working conditions in the factory, he went on the run. Subsequently arrested and charged by a civilian court of being an absentee under the Military Service Act, to which he had no defence, he was detained by the British military authorities. For refusing to don a military uniform (on socialist and republican grounds), he was court martialled, found guilty of charge of disobeying a lawful military command and sentenced to two years imprisonment with hard labour. Later, following an amendment to the Military Service Act permitting conscientious objectors to undertake non-combatant duties, Swift volunteered to bake. In late 1917 or early 1918, he was posted to a battalion of the King’s Own Royal Lancasters on the Western Front, where he was employed, not as a baker, but a cook. On the first day of the German offensive, 21 March 1918, he sustained relatively minor injuries and was hospitalised for some six weeks. By the time he returned to the Front, the German Army was in retreat. His battalion was demobbed in November 1919.

Following his return to Ireland, Swift obtained casual baking work in the Curragh, County Kildare, and in Belfast before moving in 1923 to Paris, where he worked for a four months as a builder’s labourer. Back in Dublin in 1924, Swift re-joined the Bakers’ Union, which had been re-named as the Irish Bakers’, Confectioners’ and Allied Workers’ Amalgamated Union (IBCAWAU) in 1918. Re-employed by Bewley’s, whose bakery had since been fully unionised, he was eventually appointed foreman in the firm’s Grafton street branch. In 1918, he was elected as the local union representative in Bewley’s. He became active in the Union’s Dublin No. 1 Branch (bakers and confectioners) in the late 1920s and was founding Chairman of a ‘Social Committee’ which was instrumental in the establishment of a bakery school in the Union’s premises, later taken over by the City of Dublin Vocational Education Committee; an orchestra and choir of union members, the publication of the Bakery Trades Journal, which was adopted as the official organ of the Union in 1939; the procurement of a new union headquarters, Four Provinces House, Harcourt Street, a cultural and social centre for members as well an administrative facility for the Union, which opened in 1946; and a library of some 8,000 volumes.

Swift was elected to the full-time Bakers’ Union positions of National Organiser in 1936 and General Secretary in 1943. A delegate to the Dublin Trade Union Council from 1933, he served as Vic-President from 1942-1945 and President in 1945, succeeding James Larkin Senior. He was also a National Executive Committee member of the Irish Trade Union Congress for thirteen years, eleven as an officer: vice-President, 1945-1946, President 1946-1947 and Treasurer 1949-1958. In 1948, he was the principal progenitor and a founder of the People’s College Adult Education Association, commonly known as the People’s College. It was also in 1948 that Swift’s book, History of the Dublin Bakers and Others, was published.

A prominent figure in the International Union of Food and Allied Workers’ Association (IUF) for many years, Swift was elected President for the period 1964-1967. He retired from both the IBCAWAU and IUF in 1967.

A left-wing member of the Labour Party from 1927, he was particularly active in the 1940s and again from the mid-1960s to early 1970s, a period when the Party adopted a series of radical socialist policies, one of which on Workers’ Democracy, was originally drafted by Swift. Founding President of the Ireland-USSR Society in 1966, he was elected founding President of the Irish Labour History Society in 1973. Also in 1973, he was among a minority on the Left who supported Ireland’s entry to the European Economic Community. Late in retirement, Swift wrote his memoir, Told in Toberona, which was published posthumously in 2008.

Meanwhile, in 1941, John Swift married Kildare-born Harriet Hendy (1911-1990), a farmer’s daughter, who worked as a nurse in the Royal Hospital for Incurables, Donnybrook. They had three children: Alice, John and Grosvenor in 1942, 1945 and 1947, respectively.

John Swift died in St. Vincent’s Hospital, Dublin, at the age of ninety-three on 20 March 1990. His socialist and secular funeral service was held three days later in Glasnevin Crematorium. He was survived by his wife and children.

Many thanks to John P. Swift for providing this article on his father. It is based on his biography of John Swift, John Swift: An Irish Dissident (Gill and Macmillan, Dublin, 1991).