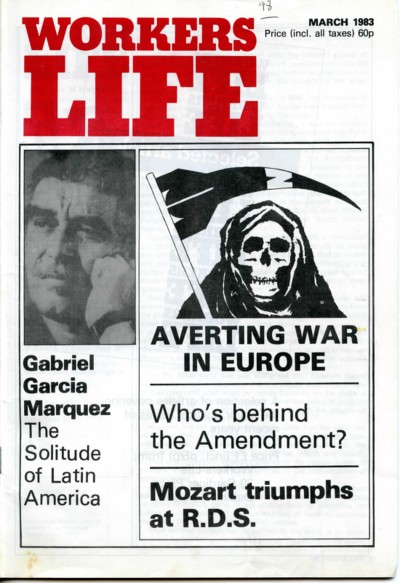 Thanks to Aine Mannion for forwarding this edition of Workers’ Life to the Archive.

Dating from 1983 this document provides an insight into the orientation of the Workers Party at a time when it had only recently jettisoned the Sinn Féin prefix. As always with RepSol publications the design as crisp and finish good – and largely similar to later publications such as Making Sense.

Across 36 pages there is a wide range of articles dealing with Budget attacks on Jobs, Measuring the Wages Gap, and Eamonn Smullen writing about ‘Full Employment and the Philosophy of Leisure’. Deirdre O’Connell asks about ‘Who’s behind the [abortion] Amendment?’.

The editorial argues that:

…it is not unduly optimistic to claim that the essentials of Marxist thought are slowly seeping into Irish working class consciousness. The sectarian terror in NI, the corrupt politics of the major Tory parties, North and South, vicious unemployment, extensive attacks on the meagre quality of workers lives, these are the real elements in the radicalisation of consciousness.

At the same time superstition and accompanying dogmatism are on the wane. In that sense also the freedom for which Marx laboured is making gains. It will undoubtedly be sometime yet before a full realisation of the true meaning of freedom becomes the motor force in working class Irish politics. 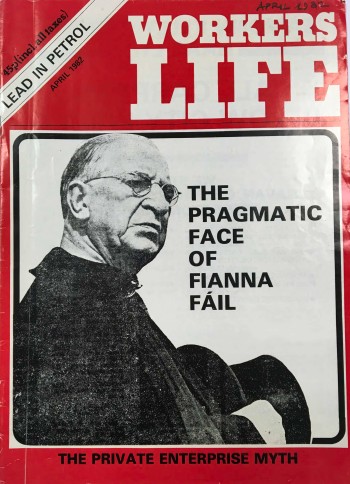 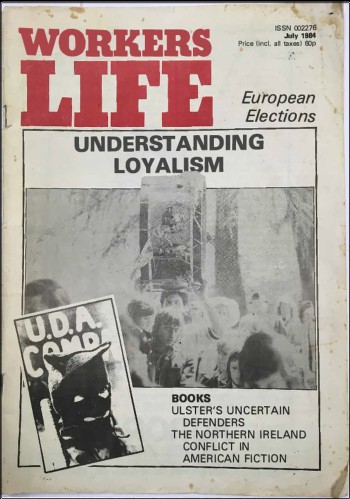