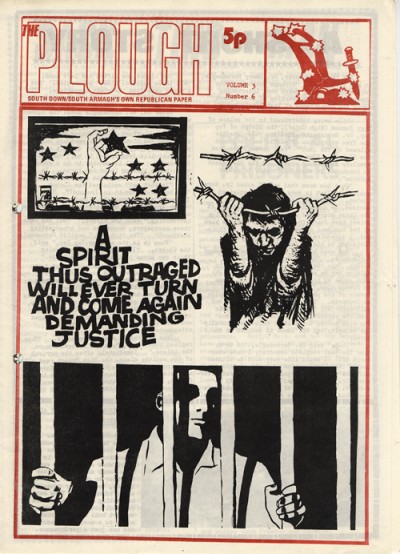 For a somewhat different view of matters on the ground within the Official Republican movement as distinct from some of the ideological strands that would come to fruition in the 1980s this document entitled ‘The Plough: South Down/South Armagh’s own Republican Paper’ is revealing. Dating from 1977 it approaches topics such as the withdrawal of special category status in a way which was diametrically opposed to that expressed in WP material from just a few years later.

Consider how it suggests that:

We don’t live in a normal society with normal laws and normal courts so the prisoners are not normal criminals and should be recognised as such. Since there are Special Courts there must be Special Category Prisoners. The Plough greets the Political Prisoners and wishes them Freedom and Justice.

Of course, this was the hard edge of the struggle and one might note that Newry and Armagh always had an independent streak to them. In some respects it points up the difficult position that Official Republicanism was in following the ceasefires, rhetorically at odds with the state, but more and more having to come to terms with it. This is exemplified by the piece (accompanied by a photograph entitled ‘The Results of British Terrorism’ - not quite the subject matter we see later) which ends…

Report every example of [British] harassment to the Republican Clubs Advice Centre and make a formal complaint to the R.U.C. Not that you can expect help from the R.U.C. But you must do this to make a claim and force the situation into public view.

The visual iconography is not one that many would associate with OSF/WP, with the concentration on prisoners, prison cells etc… (although interesting to see a couple of pages under the heading Industrial Front inside). And then there is the column at the back of ‘gossip’ from ‘what’s the crack’ which excoriates the ‘Provo’s’ and British Army equally.

In a sense here was a legacy issue that Official Republicanism never got to grips with in the way that PSF and PIRA did. Prisoners disrupted certain narratives established by OSF and later the WP, despite the impact of security legislation and frameworks, they pointed up contradictions between the aspirations of OSF and the reality of the environment within which they were embedded. This is not to say they were simply forgotten. I remember one house in Dublin where WP branch meetings took place where a souvenir made by Official prisoners in H-Block was on prominent display. But their story faded from view with remarkable, and arguably undue, speed.

All told a fascinating addition to the Archive. 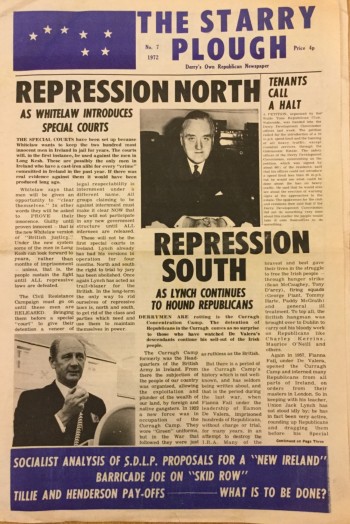 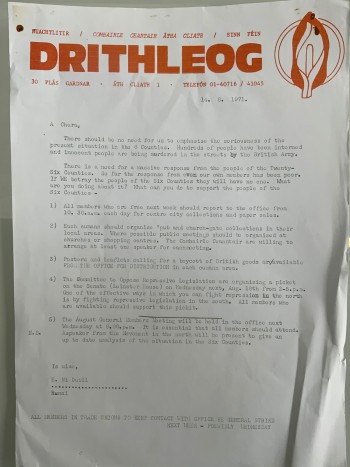 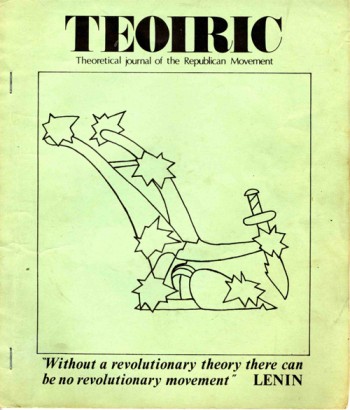 See The Plough in the archive