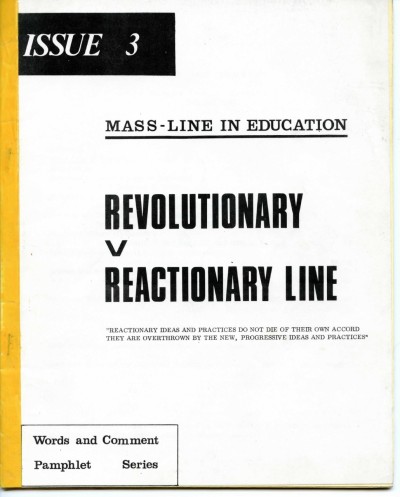 This document published by the Internationalists, the forerunner of the Communist Party of Ireland Marxist Leninist, was published in 1968. It notes that ‘Words and Comments material [is] researched by the Necessity for Change Ideological Institute’. At 30 or so pages it is a densely argued text which posits that ‘Reactionary Ideas and Practices Do Not Die of Their Own Accord, They are overthrown by the new, progressive ideas and practices’.

There is too much material here to consider in a brief overview, suffice it to say that the document engages with a range of areas, including ‘Comment on Lenin’s Empiro-Criticism’, the ‘Monist Concept of History’, ‘Das Kapital: the contradiction in commodities’, ‘German Ideology’, ‘Family State and Private Property’, ‘Science for Whom? – Evolution’ (which takes up a view often put forward by the Internationalists as regards Darwinian evolution) and ‘The Two Lines’ by Hardial Bains.

The Editorial notes a recent confrontation at an event (presumably in Trinity College Dublin, where the Internationalists had some support):

…the reactionaries have come out openly against knowledge, understanding the act-of-finding- out. They have responded to the challenge of Words and Comment.

Words and Comment open[ed] its new year with attacks on reactionary ideas and people and challenged them to bring into the open their sordid and decadent, retrogressive policies and ways of organising societies. The response to this challenge, in accordance to our historical expectations, was cowardly like the impotent frenzy of a person at the tether-end of his life. Reactionaries are the most ignorant and unproductive segment of the human society. They do not read, this their virtue. They do not discuss, this is their privilege. They do not participate in the production of real life because they are the parasites. But they have lots of bourgeois arrogance which, from time to time erupts into open violence; the frantic attack of the arch-reactionary, right-wing elements last Friday (Jan. 26 1968) on Words and Comment, and the Selected Readings of Mao Tse-tung was just the sort of behaviour one would expect from such types.

And it suggests in answer to the question as to ‘Why are the arch-reactionary and right-wing element in such a violent mood?’ that:

And it concludes by saying that:

Words and Comment rigorously condemn the actions of these person who participated in the most outrageous performance ie. of attempting to burn and mutilate political literature which is opposed to their thinking and ideas. REACTIONARY VIOLENCE SHALL BE MET BY REVOLUTIONARY VIOLENCE.

Inside there is a small notice for the Dublin Housing Action Committee and a Public Meeting being held by that group.

There appears to be a pagination problem with the original document. Pages numbers 22/23 are apparently missing, although the text flows from page 21 to 24. 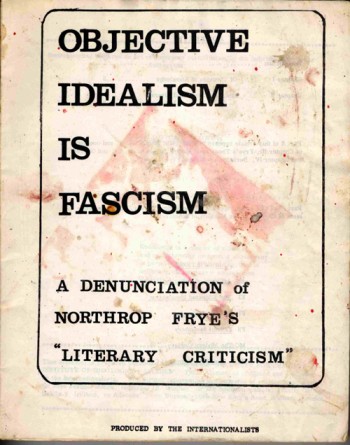 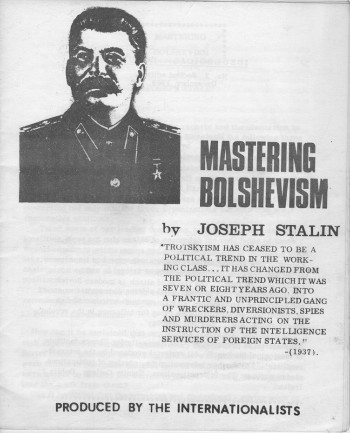 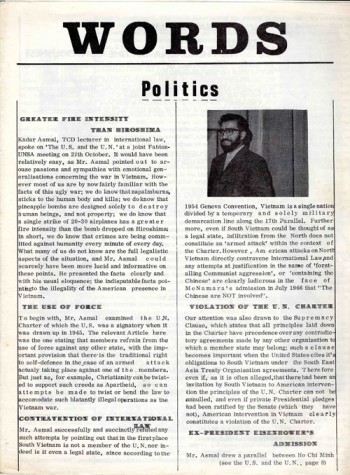 Words and Comment was a series of pamphlets published by The Internationalists, who later became the Communist Party of Ireland (Marxist-Leninist).…