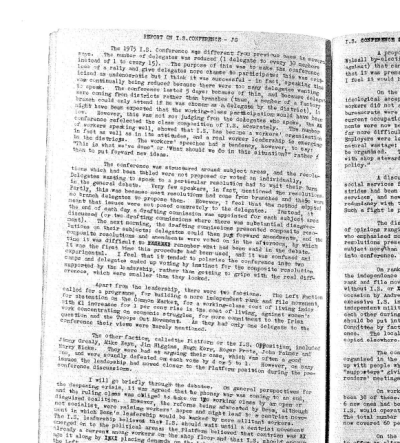 The above document is a report for the SWM internal bulletin, from an SWM guest at the IS conference. Many thanks to the person who donated this to the Archive. They offer an outline of the contents of this document below:

In the light of the current crisis in the British Socialist Workers Party these documents throw light on a turning point in the party’s history. The SWP’s roots lie in the division of British Trotskyism in the late 1940s. A handful of activists, grouped around a Jewish Palestinian immigrant, Yigael Gluckstein (Tony Cliff) formed the Socialist Review Group. The group were not orthodox Trotskyists and indeed were regarded as somewhat heretical because of their espousal of the theory of state capitalism regarding the USSR, their non-apocalyptic perspective (they suggested capitalism was getting stronger, not on the verge of collapse) and their dangerously libertarian, somewhat ‘Luxemburgist’ attitude towards party structure. On the far-left Cliff’s group were regarded as modest, practical and possessing a sense of humour about themselves, certainly in contrast to their rivals in British Trotskyism.

The SRG grew slowly, changing their name to the International Socialists in 1962. The IS was able to take advantage of the ferment of the Vietnam War and student protest to recruit several hundred young members by 1968. Unlike some of the other far-left groups, who were carried away by student protests or the lure of Third World guerilla struggles, the IS contended that the working class remained central to socialist strategies. They had a small core of working-class militants, some of them ex-members of the Communist Party. They embarked on a strategy of focusing on workplace sales of their paper, Socialist Worker, and of building rank and file groups among union activists. As working class militancy escalated in the early 1970s the IS was able to grow modestly among manual workers, recruiting miners, steel workers, in the car industry and transport. (Three respected London dock shop stewards, Eddie Prevost, Bob Light and Mickey Fenn, all former CP members, joined IS during this period for example.) Rank and file groups were set up for teachers, nurses and local government workers as well as in the factories. At one point the organisation even set up factory branches. (The best history of the organisation in those years is Jim Higgin’s memoir More Years For the Locust ).

‘The Bellevue Socialist Worker Rally, in Nov 1973, was successful with 1,200 people attending. The following April, the Rank and File Conference was held in the Digbeth Hall, Birmingham. Some 600 trade unionists applied for credentials and it is possible to gauge the effectiveness of the previous work with rank and file papers by the fact that of 32 TGWU branches participating eight of them were from London bus garages where Platform circulated. Hospital Worker encouraged nine NUPE branches, two T&G and one COHSE branch to send delegates. Carworker was influential in getting 21 AUEW and TGWU branches in the motor industry and 27 shop stewards’ committees to the conference. In all more than 300 trade union bodies applied for credentials, including 249 trade union branches, 40 combine and shop stewards’ committees, 19 trades councils together with a few strike committees and occupations. If this did not look like the Petrograd Soviet in 1917, or 1905 come to that, it was a very creditable event. It is true that a majority of the contributions from the floor were from IS members; it was still a matter of consequence that they were all experienced trade unionists with something credible and apposite to say. Better still was the fact that there was a not insignificant number of non-IS militants who spoke in support of the programme and in favour of a continuing organisation to develop the rank and file movement. Outstanding among these was George Anderson, chairman of the joint shop stewards’ committee at Coventry Radiators, and Joe McGough, convenor of Dunlop Speke and chairman of the Dunlop National Combine Committee.’

Higgins argues that the IS in the mid-1970s missed ‘the very best chance we have had since the 1920s to build a serious revolutionary socialist organisation.’ As the documents reproduced here reflect, the prospect of revolution in Portugal had also raised hopes of radical change. But within the IS the problems of maintaining a workplace focus were becoming apparent. (Note too the role members played in trying to dampen anti-Irish feeling in the car factories in Birmingham after the November 1974 bombings).

The IS would see several small splits over the next few years, many of them raising questions about the leadership’s commitment to internal democracy, and in 1977, at the urging of Cliff and his supporters, would transform itself into the SWP, an avowedly ‘Leninist’ party. (Cliff’s three volume biography of Lenin has been unkindly described as being like a biography of John the Baptist by Christ himself). The turn to the SWP was accompanied by another round of splinters.

The effect of these was not readily apparent because the party’s central role in anti-fascist struggles and in unemployment agitation meant that it continued to recruit young workers into the late 1970s. By the 1980s this had changed however. The advent of Thatcher and Reagan saw the party adopt the perspective of the ‘Downturn’: the workers movement was on the defensive internationally and therefore a rank and file perspective was unrealistic. Instead the party concentrated again on student recruitment which meant that by the mid-1980s, while claiming a membership of 4,000, the SWP was heavily white-collar and student based. A small number of manual workers remained but for a variety of reasons the period of the early 1970s marked their only serious toehold in the broader working class. The party however maintained a full time apparatus, a weekly paper and a presence that could sustain itself through the next two decades. As a member in the 1980s, the early 70s were always held up as an example of how the party could grow in a period of workers struggle. Why a large chunk of that membership and influence were lost was never adequately explained. It is unlikely that the party will ever get an opportunity like that again. Current events suggest that they would not deserve it.

By More in sadness than in anger. 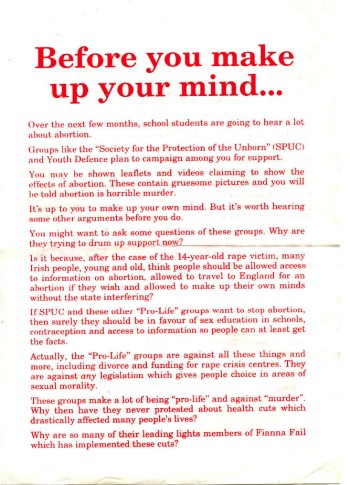 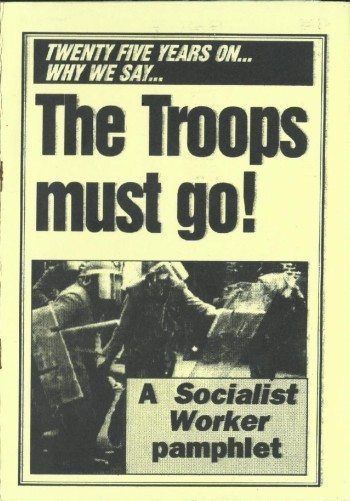 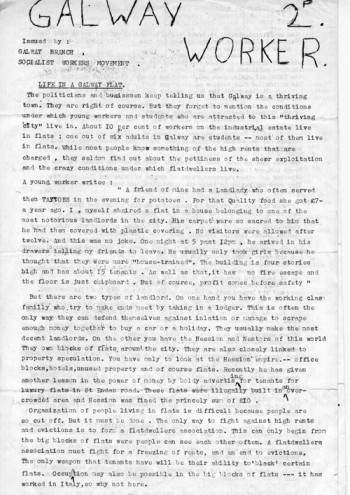