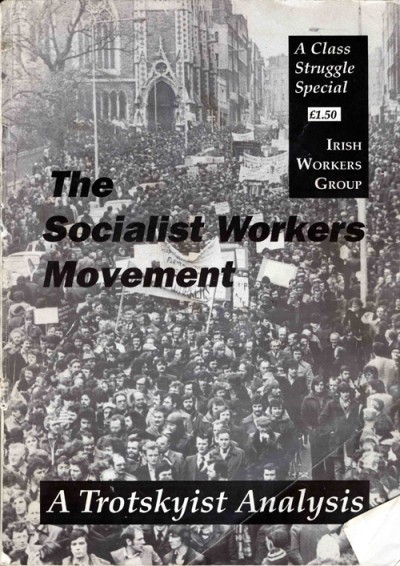 This is a very readable addition to the Archive from the Irish Workers Group (which later became Workers Power - for more on the IWG see here ), and many thanks to Budapestkick who donated it and who has written the following overview of it.

The IWG has been examined elsewhere in the Irish Left Open History project , though it would be interesting to hear from anyone who has had contact with them. Someone who would have been active in Militant in the 80s and 90s described them as being, of the smaller Trotskyists groups who haunted the public meetings of Militant, SWP, WP etc. (the IBT and Socialist Democracy being our modern day equivalents), the best in terms of coherent arguments, generally good positions (except - in their view - on the national question) and consistency.

That they would produce a polemic like this is not surprising. The obvious tactic for a grouping as small as the IWG would be to target a larger organisation in order to win members and build a base of organisers through small numbers of recruits f, and the pamphlet mentions that they produced similar material to this directed at the WP, Militant and Labour. Of course, the fact that the IWG were a SWM split is obviously a factor, and important to bear in mind reading this.

The document includes a brief history on the origins of the far left in Ireland, which will be of interest to many here. Of particular interest is the suggestion that the Trench - Armstrong Trotskyist group were calling for a civil rights campaign in the north as early as 1944. If true, I think this predates Greaves by quite a bit.

The best section of the pamphlet by far is the dissection of the State capitalism theory and the often unusual positions it led the SWP to take, best summed up by the newspaper headline on p.46.

Elsewhere, the IWGers go into, often overwhelmingly intricate, criticisms of the SWP in relation to electoral calls, choice issues etc. The section on the SLP is quite interesting though. Is the claim that the SWM left with only 20 members an exaggeration or something close to the truth? 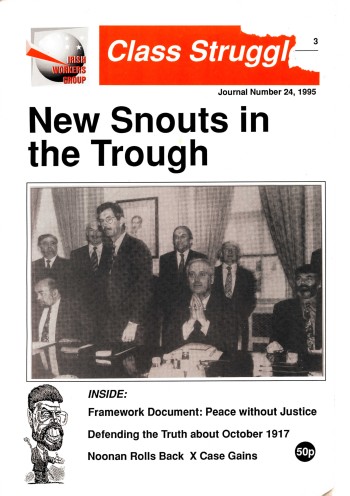