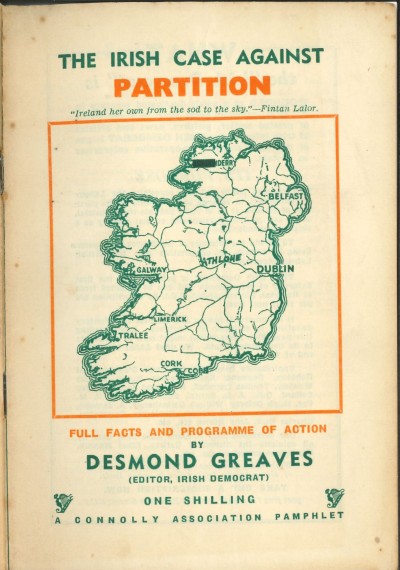 Many thanks to the person who forwarded this to the Archive, a 38 pages long document issued by the Connolly Association in 1956. Written by Desmond Greaves the pamphlet sets out ‘Full Facts and Programme of Action’ against Partition.

The document is organised under a range of headings into an Introduction; History of Ireland with corresponding sub-sections; Economic Results; Political Results; What Others Say; How to End Partition and a Conclusion.

A special word is perhaps needed to the English reader. While the study of History is a commonplace to every Irishman and requires no explanation or justification, the tradition of England is to let the past take care of itself. There are advantages in both attitudes. But to understand partition both are needed. The situation in Ireland is so complex that it is hopeless to attempt to grasp it whiteout seeing how it came into being step by step.

It also asks ‘Can the border question be settled by agreement? That issue will present itself to every mind. There are reasons to believe that agreement ism ore possible now than ever before’.

The range of areas covered include Unemployment; the cost of Partition; Sectarianism; British Labour Politics; Civil Liberties, Leftist Arguments. Interestingly under How to End Partition the subheadings include Immediate Demands amongst which are listed:

Disbandment of the ‘B’ Specials and pending that the suspension of all ‘patrols’.

The wiping out of all ‘Special Powers’.

The repeal of those parts of the 1949 Ireland Act which place restrictions on the power to end partition (the part recognising the Republic should, of course, stand).

Therefore let all the Irish in Britain combine with and win the British working class to wage a continuous and intensifying war against the partition of Ireland. When that has gone, and Ireland strides forward to prosperity, the Irish question will have been answered, and the interests of the two peoples will never again seem to be at variance, for antagonism will be replaced by co-operation, mutual suspicion by mutual help.

The pamphlet also outlines the Irish Democrat paper, noting that it is ‘one of the most startling co-operative enterprises in Britain’ intended to ‘educate public opinion, especially the Labour Movement, in support of ending of partition of Ireland so as to make possible the industrial, social and political development of that country as a single independent unit.’

There’s also an outline on the back page of ‘The Irish Flag and what it means’ noting the connection to the Paris Commune in 1848 and cautions:

[between Orange and Green] was the White. This meant not merely peace between the two sections. It was the colour of REPUBLICANISM or Jacobinism as it was called. This was summarised in the words ‘Liberty, Equality and Fraternity’…

The Irish flag means that PROVIDED you have liberty, equality and fraternity, there can be permanent peace between Orange and Green.

That is why republicans of all nations honour the Irish flag. 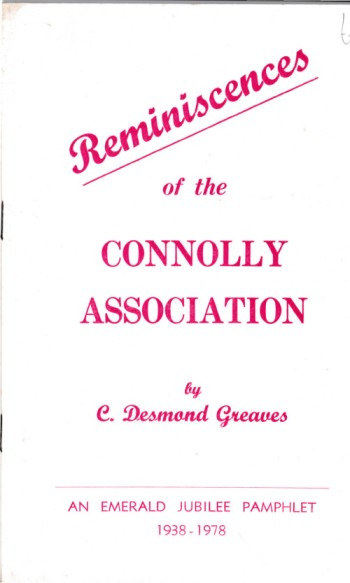 Reminiscences of the Connolly Association (1978) 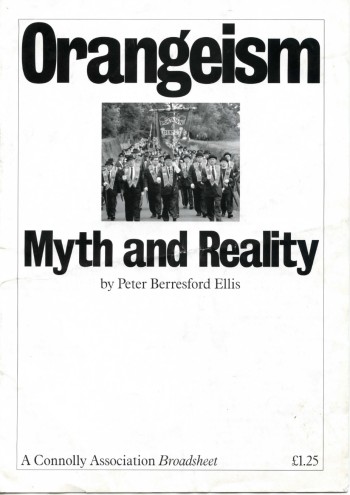 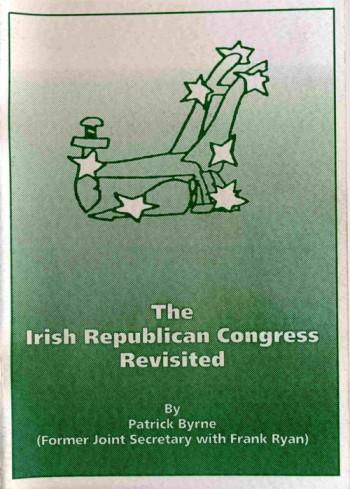 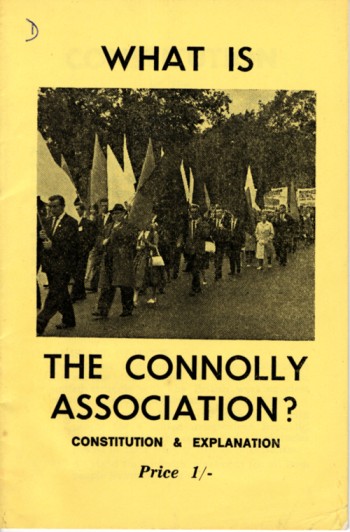 What is the Connolly Association? (1963)

Connolly Association in the archive

The Connolly Association is an organisation based among Irish emigrants in Britain which supports the aims of Irish republicanism. It takes its name from James Connolly, a socialist republican, born in Edinburgh, Scotland and executed by the British Army in 1916 for his part in the Easter Rising of …

See Connolly Association in the archive