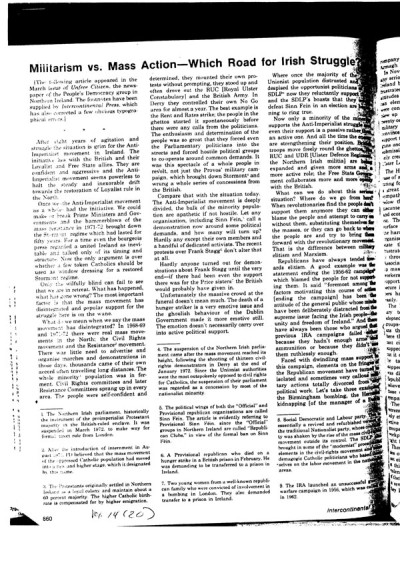 This is an article, from Intercontinental Press, which reprints a article in the March 1976 edition of Unfree Citizen, newspaper of People's Democracy (apologies for the quality, but it is a scan of a photocopy). Its significance is that it charts a turn by the admittedly small PD from a quasi militarist rhetorical stance to one of mass action in Northern Ireland. In a way this echoes arguments which had already taken place in Official Sinn Féin and were to take place in Provisional Sinn Féin at a later point (indeed as has been mentioned before the influence of those who arrived from People's Democracy in PSF in the mid-1980s on that party's eventual positions is worthy of consideration in its own right).

Of interest is an inset box on the second page which outlines the history of People's Democracy from radical student activist movement through various splits, 'a sectarian position to nationalism - it followed a policy designed to drive the 'Catholic capitalists' out of the movement', a turn towards 'revolutionary nationalism' and 'in early 1975 it became clear that it was experimenting with forming its own armed wing'. It concludes 'Now, with the decline of the Provisional military campaign, PD has evidently decided to make a new reorientation.'

The overall thesis of the article is pessimistic, pointing to a change in a dynamic from a point where 'we, the Anti-Imperialist movement as a whole had the initiative. We could make or break Prime Ministers and Governments and the hammerblows of mass resistance in 1971-1972 brought down the Stormont regime which had lasted fifty years.

And it notes that 'it was this spectacle of the whole people in revolt, not just the Provos' military campaign which brought down Stormont and wrung a whole series of concessions from the British'.

There's an oddly jarring reference, at least in retrospect, to the death of Frank Stagg, 'Unfortunately the massive crowd at the funeral doesn't mean much. The death of a hunger striker is a very emotive issue and the ghoulish behaviour of the Dublin Government made it more emotive still. The emotion doesn't necessarily carry over into active political support'.

This is contextualised by reference to the changing nature of the armed struggle in the North from the high point of the very early 1970s to a diminishing level with distinctively different characteristics which the article views as 'elistist and militarist'.

From all of which it determines that 'The mass movement is all important; physical force, though certainly necessary, is only one of its weapons in the battle and we believe that armed struggle which is not backed by the masses cannot make a revolution'. 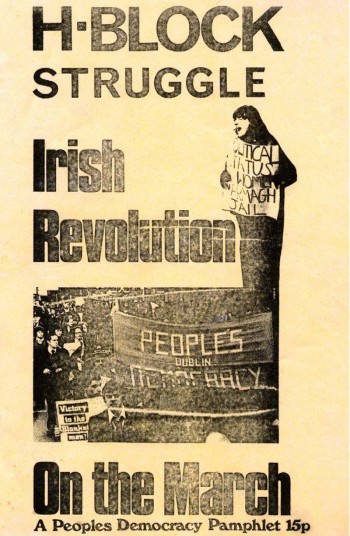 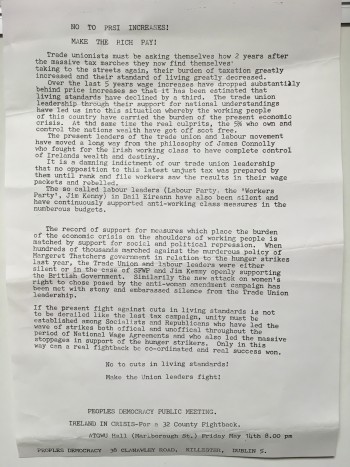 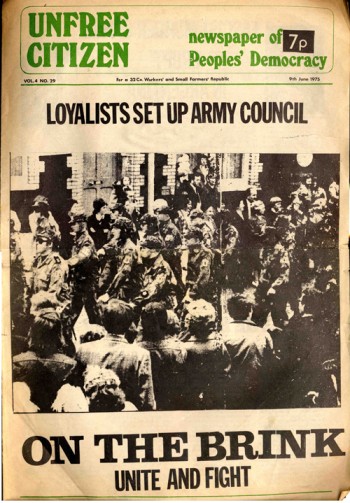