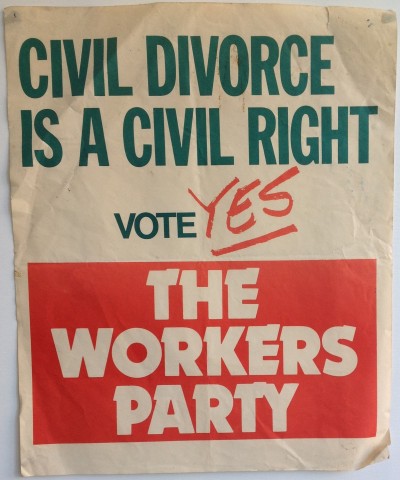 The text of the amendment was as follows:

The Tenth Amendment of the Constitution Bill, 1986, proposes –

to delete subsection 2° of Article 41.3 of the Constitution, which states that no law shall be enacted providing for the grant of a dissolution of marriage, and to substitute the subsection here following:

2° Where, and only where, such court established under this Constitution as may be prescribed by law is satisfied that:

i. a marriage has failed,
ii. the failure has continued for a period of, or periods amounting to, at least five years,
iii. there is no reasonable possibility of reconciliation between the parties to the marriage, and
iv. any other condition prescribed by law has been complied with,

the court may in accordance with law grant a dissolution of the marriage provided that the court is satisfied that adequate and proper provision having regard to the circumstances will be made for any dependent spouse and for any child of or any child who is dependent on either spouse.

As noted here it was defeated :

It would not be until 1996 that the prohibition was finally overturned by the Fifteenth Amendment .

If you have more posters from the Irish Left (or relating to Ireland from political parties or formations or campaigns abroad) from any period, whether issue led, party promotional, campaigning or such like please don’t hesitate to contact us. We’d be glad to post them online as part of this section. 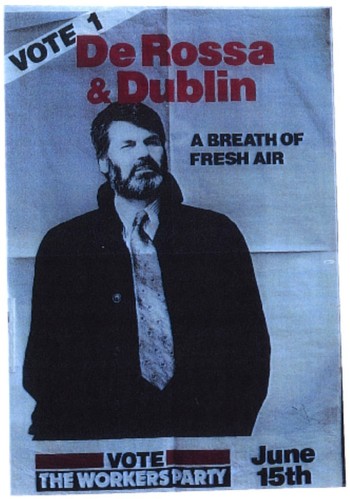