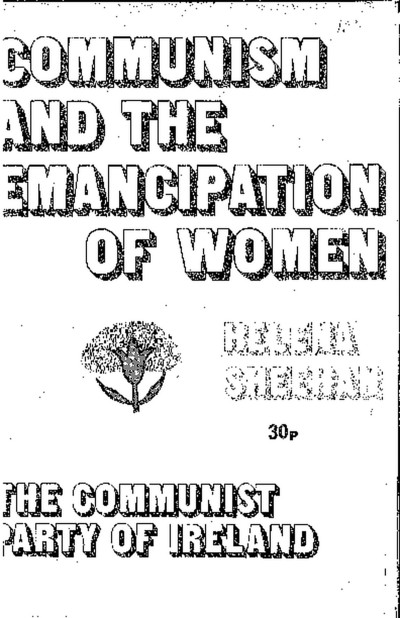 Many thanks to the person who forwarded this to the Archive, a short document by Helena Sheehan, published in 1976 according to notes within, that examines Communism and the Emancipation of Women.

Women today are different. Events of the 20th century have brought us prospects that would have been unimaginable to our ancestors. The October Revolution herald­ed the beginning of a new era for women, for the construction of socialism has provided, for the first time in history, the material basis for the full emancipation of women. And it is not only in the socialist countries that things have changed. The contemporary women’s liberation movement in the capitalist countries and the liberation movements in former colonies have brought about an immense ferment that has led women to ask the deepest and most searching questions about their lives. From this there can be no turning back. The problem is that there is considerable confusion about the way forward. Particularly in the developed capitalist countries, there exists great diver­gence of views concerning the source of the problem as well as its solution.

The purpose of this pamphlet is to discuss what exactly constitutes a communist approach to the women’s question. This involves outlin­ing the problem and showing the relationship between the oppression of women and capitalism. It is also necessary to assess the impact that has been made by the women’s liberation movement and to analyse the ideas that have come to the fore with the emergence of this movement. In drawing the contrast between a communist and a petty bourgeois approach to the women’s question, there must be a discussion of what light has been shed on this question by Marxist theory as well as what lessons are to be learned from Marxist practice. Above all, there must be presented the story of what socialism has meant for women in the socialist countries to date as well as Ideas about what it should mean for women in socialist Ireland.

The basic argument of the pamphlet is this: (1) the source of the oppression of women lies in the sexual division of labour inherent in class society Which confines large numbers of women to Isolation of the private work of the private home and which results in their alienation from . the realm of collective effort; and (2) the solution to the problem is socialism as it provides the material basis for the full participation of women in social production and therefore in the decision-making processes at every level of society.

In seven sections the piece addresses, Women under Capitalism, The Women’s Liberation Movement, Marxism and the Women’s Question, Women Under Socialism and Socialist Morality.

The conclusions are interesting. Sheehan argues that:

Finally there ore certain basic errors within the left that stand in our way and must therefore be combatted. The first and the most serious, ‘because it Is the most prevalent, Is the tendancy not to take the problem of women seriously enough, and not to consider work among women important enough. But the women’s question is a vitally important political question and the ground must not be surrendered to the right.

Then, there are two opposite tendencies. The first Is the alternative society approach. But this must be resisted, because we cannot just make our own individual arrangements and be responsible for setting up completely viable alternatives within the capitalist framework. Instead we must make our demands of the state and expose the Inadequacies of the present state to meet our demands and clarify how a worker’s state will meet these demands.

She suggests instead that:

But there is an even deeper reason. This is because neither the.new man nor the new woman will emerge out of nothing the day after the revolution. They must be created step by step, day by day, in the very midst of the struggle. Our way of building the revolu­tion must be consistent with the kind of revolution we are building. 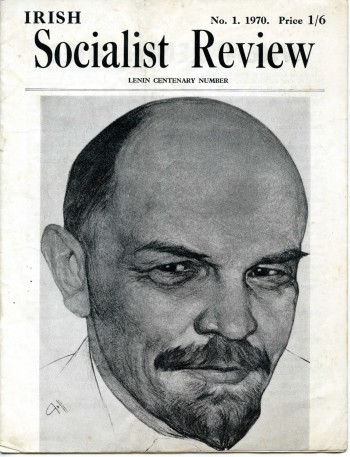 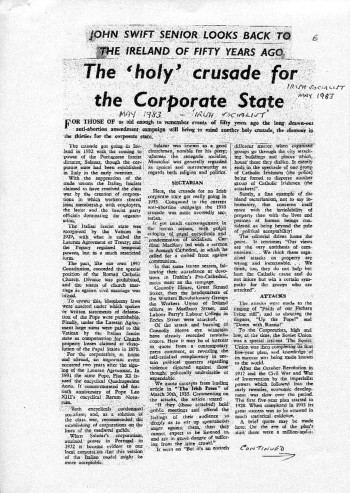