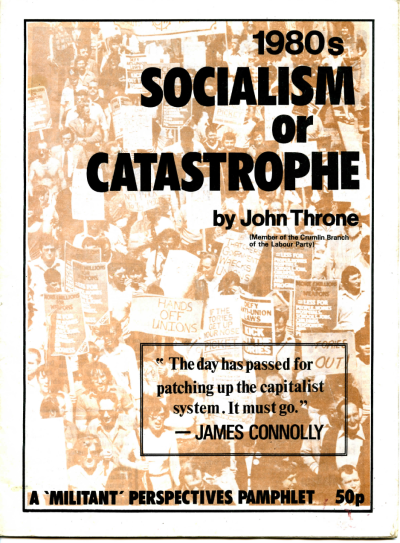 This document was issued by the Militant Tendency/Irish Labour Party in the 1980s and was written by their then member John Throne. It’s an useful document because it outlines the position of Militant at that point and its perspectives on contemporary and future developments (For more on John Throne this piece written by Conor McCabe  and an accompanying series of interviews with him conducted by Conor is an essential resource).

The Introduction considers matters in a clearly Irish context, encompassing the 70 years from 1916 through to the early 1980s, and in particular more recent developments. It argues that:

The organised working class is the greatest power in society. This was demonstrated in the mass demonstrations and general strikes on the PAYE issue. This great power must be mobilised to take control of society. The commanding heights of the economy, the banks, finance houses, and all major industry must be taken out of the hands of the profiteer and speculators. Nationalisation of these decisive levers of the economy under workers’ control and workers’ management would make possible a socialist plan of production to end unemployment and homelessness, reduce the working week and raise living standards.

He also asserts that:

Only socialist can end the poverty, insecurity, violence and repression of Irish society, North and South. Only socialism can end both sectarian and poverty ridden states North and South and unite the Country. The working class has the power to bring about socialism. What is demanded is that the leaders of the labour and trade union movement must raise the banner of socialism and organise to change society.

This means an end to the policies of trying to patch up capitalism and the policies of collaborating with big business or its political representatives. On the trade union front, national wage agreements must be rejected once and for all.

On the political front, Coalition or any type of parliamentary alliance or agreement of any kind with the big business parties of FF and FG must be rejected by Labour. Labour must put forward its own socialist policies and stand alone and fight to win support for a majority Labour government pledged to end capitalism.

The pamphlet is divided into various sections, starting with “1970s – The Labour movement is thrown back”, “Southern Ireland 1922 − 82, 60 years of capitalist failure”, “1980s political and trade union perspectives – instability, polarisation & the growth of Labour”. There’s much to reflect upon, particular in the latter two sections.

It is perhaps worth quoting extensively from the conclusion, for that encapsulates the arguments made in the preceding pages. Throne writes:

The 1980s will be the most explosive decade in human history, both nationally and internationally. The crisis in the world economic and political systems is developing to new heights and threatens mass unemployment, a return tot he conditions of the last century, and in the longer term of 15 to 20 years, the spectre of nuclear war and the destruction of the human species.

At the same time the working class is more powerful than ever before. It is far and away the greatest power in society. What is needed is the development and a correct perspective and programme in the mass organisations of the working class and the forging of a determined leadership based on clear policies of rate establishment for a socialist society nationally and internationally.

It will be by intervening in the struggles now opening up in society and at the same time learning the lessons of the past, that determined, clear sighted, Marxist leadership will be developed. This pamphlet is a contribution to the discussions that are now opening up in the trade unions and the Labour Party as to the way forward for the labour and trade union movement.

The period ahead offers two clear alternatives. Mass poverty, starvation and nuclear annihilation if capitalism and stalinism continue, or an end to poverty, want insecurity and the threat of war on the basis of the working class taking power and establishing a world federation of socialist states. 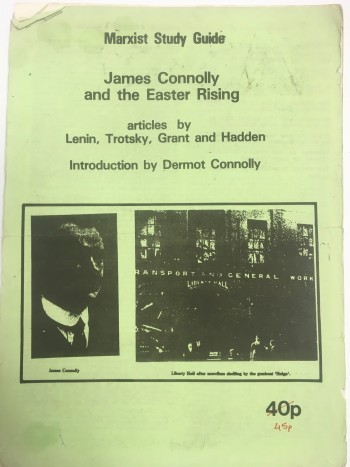 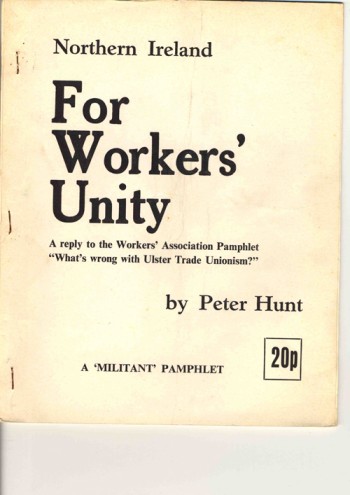 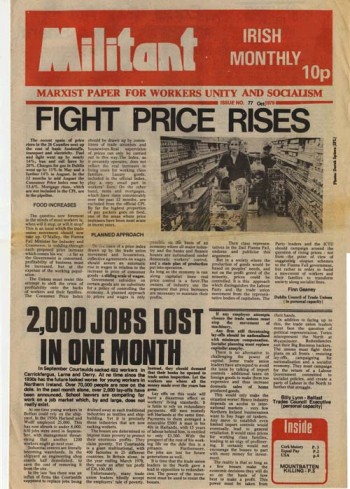 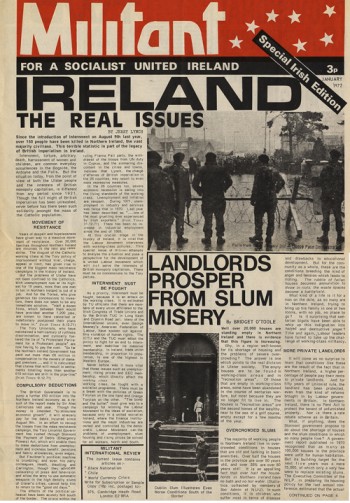