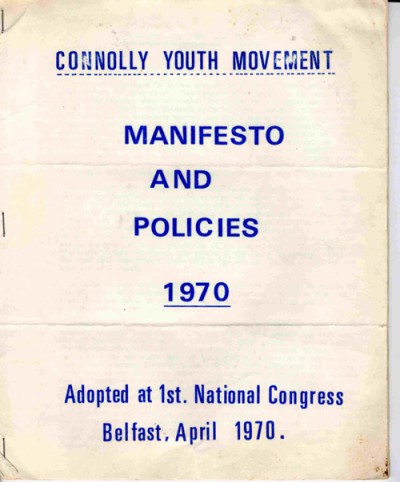 This document from 1970 provides an overview of the position of the Connolly Youth Movement, youth movement of the Communist Party of Ireland at a pivotal time in its existence. The recent union of the CPNI and the CPI also saw a merger of the respective youth movements of each party. The document argues that:

The programme of the United National organisation is a product of the separate ones. It is a synthesis of the Connolly Youth Movement, which, initially a looser organisation, through concrete work in class politics has come to a firm Marxist-Leninist basis, and of the Communist youth league, originally a rigid youth organisation of the CPNI, becoming through its own experience involved in the mass movements of the people.

As the introduction notes ‘Currently Ireland is in the prelude to political change more significant than for many years’ and makes the point that both the Unionist Party and Fianna Fáíl faced different but not dissimilar challenges.

It also notes that the Youth Movement ‘campaign on the particular demands of young people’ and it says that these include:

Democratic structures within the schools and universities. Integration of all pupils at school, regardless of religion, class, or sex. A spreading Irish Culture and games and the reviving of Gaelic as a viable National language. Full adult rights at 18 years, and an end to all discrimination against young people.

Tellingly the first resolution is one on housing and the CYM offers ‘support the struggles and the just demands of Tenant’s Associations, Housing Action Committees, Residents’ Associations and Preservationist groups in the 6 and 26 counties and will work with any group or organisation for the implementation of any or all of our demands.’

Equally telling is the emphasis on Civil Rights. Here the CYM argues that ‘it [the CYM] must remain in the leadership and in the forefront of the fights for civil rights, realising all the time of course that the Civil Rights Movement is a movement for REFORM not REVOLUTION - and a movement which can be used to bring about a climate in this country wherein all political parties and groups can work more freely than now for the attainment of their political aims.’

Not withstanding the strength of imperialism, there are opposed to it - mightier forces; the socialist community of nations, especially the Soviet Union, the world-wide national liberation movement, the broad movements for peace, democracy and against discrimination and the international working class.

One of the great tragedies today has been the abandonment of Marxism by the leadership of the Chinese Communist Party and the substitution of the personality cult of Mao-Tse-Tung coupled with their efforts to split and fragment the International Communist Movement. We are confident that these efforts will be defeated and that Marxism will once again triumph in China. 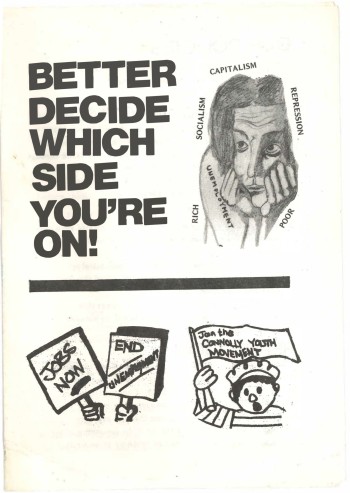 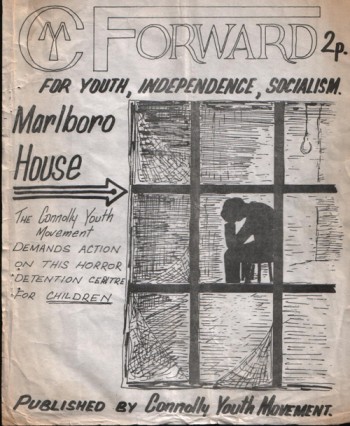