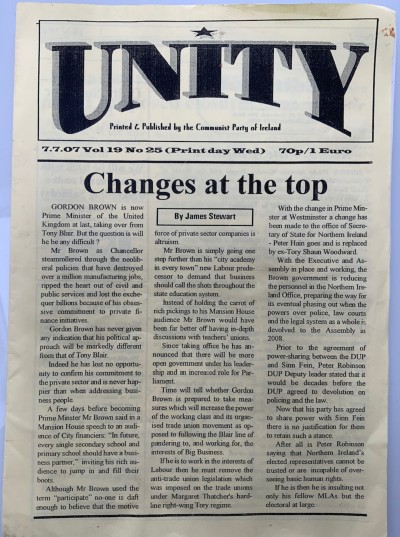 This is the first edition of Unity, the weekly publication of the Communist Party of Ireland to be placed in the Left Archive. One feature of Unity was a focus on Northern Ireland as distinct from the Republic. The format of Unity changed over the decades from tabloid size to A4, as with this copy.

The front page article notes the then recent arrival of Gordon Brown as Prime Minster of the United Kingdom but noted that his replacing Tony Blair was unlikely to see any difference in policy. The article states:

Time will tell whether Gordon Brown is prepared to take measures which will increase the power of the working class and its organised trade union movement as opposed to following the Blair line of pandering to, and working for, the interests of Big Business.

The editorial addresses the issue of attempted car bombings in London and an attack on Glasgow airport and how these were linked to broader geopolitical events, something that Gordon Brown refused to accept. It argues that ‘the source of the problem is injustice’ and points to the situation of Palestinians in Gaza, Iraq and Afghanistan.

There’s articles on postal workers taking strike action in the UK and a piece on how ICTU called on the Stormont power-sharing executive to ‘adapt European Rights Charter’ and to reverse or by-pass the ‘British Government’s opt-out from the EU Charter of Fundamental Rights.

This edition also carries pieces on how the NI Public Prosecution Service had decided not to prosecute anyone in relation to the murder of Pat Finucane and those murdered at Sean Graham’s setting shop on the Ormeau Road in 1992.

There are reports from the 8th National Congress of the Iraqi Communist Party, coverage of Kosovo and Serbia and other reports from around the world. There’s also a column entitled People Before Profits which looks at ‘Questions on the role of trade unions’. 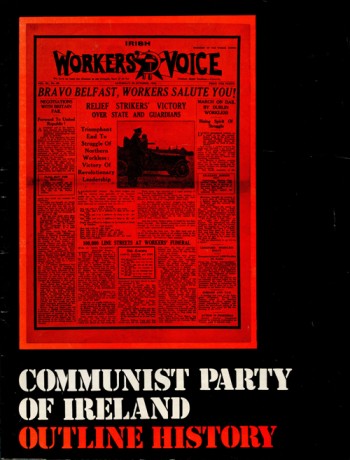 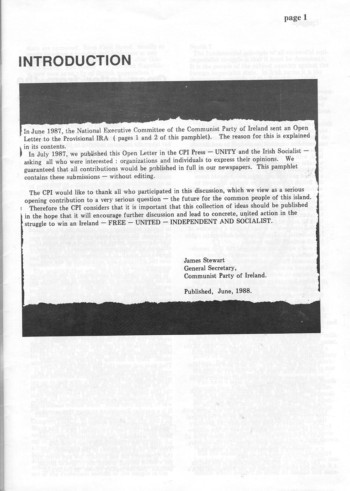 Unity is a weekly paper published by the Communist Party of Ireland (CPI) in Belfast.…

See Unity in the archive