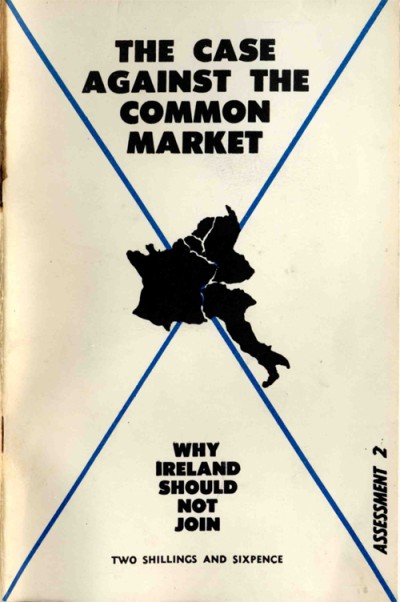 This document is of particular interest because it dates from the pre-split Sinn Féin of the 1960s. As the frontispiece notes:

This statement on the implications of Irish membership of the European Economic Community was rafted by the Economic Sub-committee of the Wolfe Tone Society and adopted at a meeting of the Society in March 1967. It has been revised to take accounts of developments up to May 1967.

It’s worth pointing out that therefore that this arrived with the imprimateur of SF, given that it was published by Sinn Féin’s Republican Publications.

Only time will tell whether President De Gaulle’s hostile reception to Britain’s application to join the EEC represents a fixed determination to keep Britain out or signifies the adoption of a strong initial negotiating position by a French Government which is reconciled to ultimate British entry.

It also argues that ‘… British big business and the British Government see in Common Market membership the only solution acceptable to them for their present acute problems; they will therefore continue to desier entry to the CM for the foreseeable future, though having to contend with rising popular opposition to this policy from within Britain itself’.

It continues that since the French attitude is delaying British accession:

…It therefore gives a little more time for public opinion in Ireland to become aware of the perils to this country of Common Market membership and of the alternative courses possible.

And it further notes that:

…while the Common Market may be of benefit to various interests on the continent or even in Britain, it nevertheless is not in Ireland’s political, economic or cultural interests to join.

This is a reasonably comprehensive document so therefore an example of the rationale behind that last statement will suffice, with an example from each of the three areas mentioned, all of which foreshadow - at least in part - debates that will be familiar with more contemporary concerns.

As regards political interests the document is strongly critical of the impacts on neutrality (p.16). However it also argues:

It must be remembered, of course, that the grants and tax reliefs and other aids which the Irish Government at present offers to attract foreign industry to Ireland would have to go if Ireland were in the EEC. Indeed already they have to go under the Anglo-Irish Free Trade Agreement (by 1975 in general and by 1983 in the case of Shannon).

There is not a work of significance in any of the arts that is not distinctively national in either its form, its content or its inspiration. The destruction of nations by their ‘integration’ in monopoly-dominated economic and political blocs signals the destruction of European culture and not its efflorescence.

In this respect the document remains rooted in a discourse tilted more towards the national than towards socio-economic or even class contexts. And in the text there closest that the analysis comes to the latter is in the mention of ‘the alternative to the Common Market… Can only be given to the people by a socially radical, republican-minded Government which puts the interests of Irish workers and small farmers before the interests of foreign capital’.

It’s worth noting in passing that structurally the EEC in 1967 was different to its later incarnations. Consider, for example the description of the Parliament/Assembly on page 11. And in the analysis of this, although it is not explicit, are contained the seeds of some of the future debates as regards national primacy over democratic legitimacy that have been characteristic of critiques of the EEC/EC/EU subsequently.

As a blueprint for the future development of the significant number of parties that can be said to have branched from the Sinn Féin of the 1960s this has a considerable significance, not least in the way that it merged a then contemporary issue with previously extant concerns and approaches. 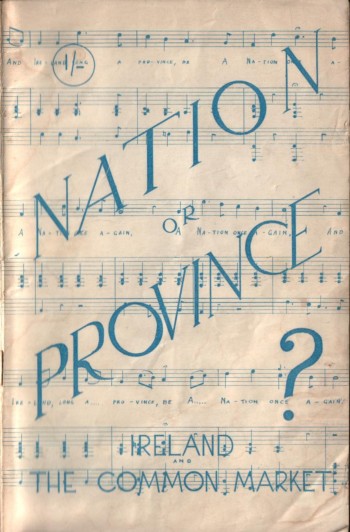 Nation or Province? Ireland and the Common Market (1963) 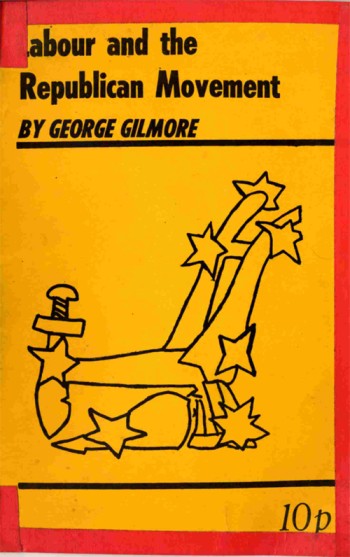 Labour and the Republican Movement (1966) 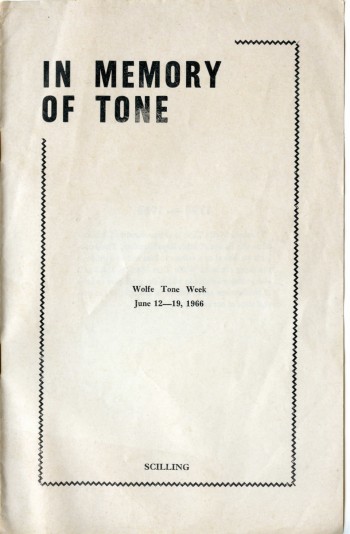