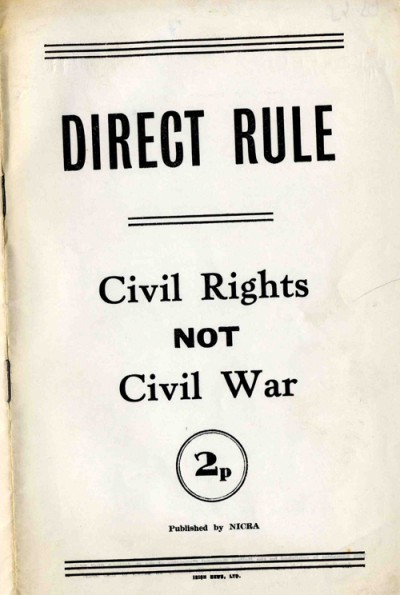 A short document issued by NICRA from circa 1972, this dates from after the introduction of direct rule and the ‘suspension’ of the Stormont Parliament.

The document itself notes that ‘This imposition of formal direct rule has changed nothing, IN ITSELF, since any abuse which has been carried out by Stormont in the past has been a power which was delegated to it by Westminster’.

It is perfectly well known that the 1971 decision to introduce internment, under the Special Powers Act, was specifically sanctioned by the Tory government at Westminster; and that every act of one-sided repression in the last days of Unionist party rule was carried out by the British Army under London’s, not Belfast’s ultimate control. The mere wiping away of the institution located at Stormont does not, there, necessarily change anything. Changes in structures are helpful only insofar as they lead to the practical implementation of changed polices and it is still the policies, not the tinkering with organisation forms which count.

Unsurprisingly it argues that:

Direct rule, therefore, places almost everyone in NI in the same category. The centre of decision making has moved even further away and with only 12 representatives in a House of Commons that numbers some 600, everyone in NI has less control over the fundamental matters which affect his or her life.

Westminster should suspend its legislation and concede to the long suffering people of NI for so long as the area remains a part of the UK, their right to enjoy eqqual standards of ddemocracy with their fellow taxpayers in London, Glasgow and Cardiff. Otherwise there is still in existence a category of second-class citizenship in the UK which includes the Protestants and Catholics of NI.

It is striking how these policies are rooted in legislative matters. For example, they seek the introduction of the Race Relations Act, 1968, the repeal of the Flags and Emblems legislation and so on.

It also ‘entertains the notion… Of an elected local assembly for NI’.

This document comes from the period where NICRA’s infuence was waning sharply but it also clearly bears the imprint, a Bill of Rights etcetera, of ideas that would further shape the policies of some in subsequent years. 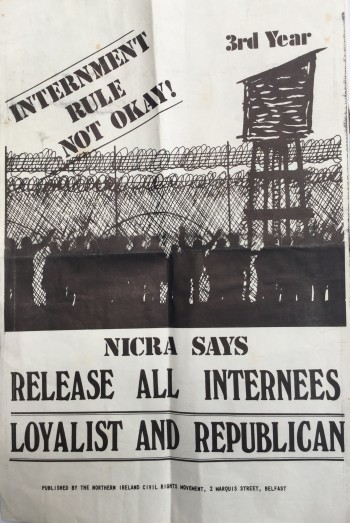 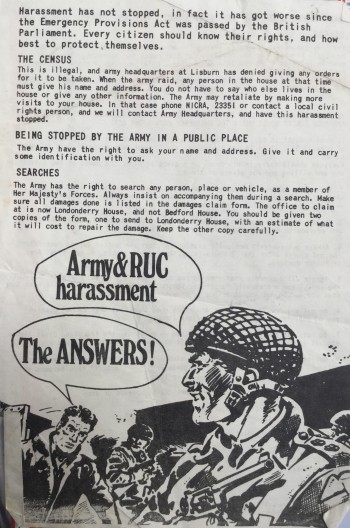 Army and RUC Harrassment: The Answers (1973) 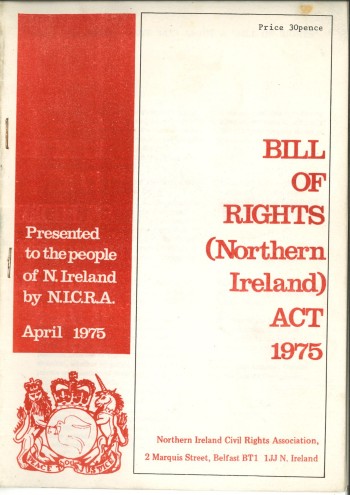