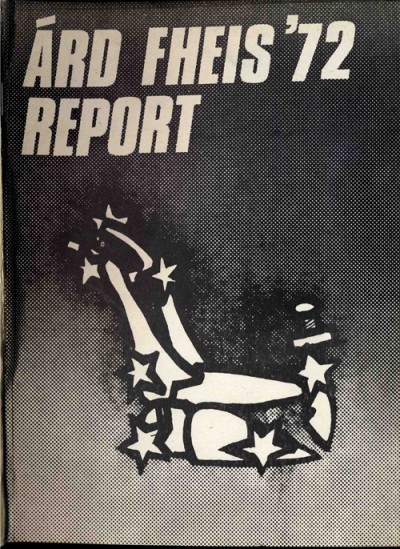 This document was issued at a high point for Official Sinn Féin in the 1970s. It had navigated away from a disastrous split in the Republican Movement, had pushed towards a strongly politicised stance. It had also managed to successfully implement a ceasefire without - at that point - initiating a further split. Although conflict in Northern Ireland continued the future looked reasonably optimistic.

As noted at the start of the Report:

The 67th Ard Fheis of Sinn Féin was held in the Mansion House, Dublin on December 15th and 16th. Upwards of seven hundred delegates representing cumainn from all over Ireland attended with as many visitors and observers: fraternal delegates attended from organisations in Britain, America, Australia and Europe. There were over 300 resolutions on the Clar dealing with every aspect of the Irish Revolution.

The Ard Fheis of 1973 demonstrates that Sinn Féin has the programme, the members and the capacity to organise the Irish people for a successful Socialist Revolution.

It’s worth noting that the party was strongly in favour of contesting elections. In the same introduction it notes how it had contested 10 seats in the 1973 General Election. It notes that ‘Sinn Féin was, for the first time, contesting an election in the Twenty-Six County state and taking its seats’. This was an historic demarche whose subsequent effects spread - perhaps - more widely than OSF itself.

It is fascinating to also see how strongly wedded to an all-island strategy OSF was.

The policy on which Sinn Féin fought was: the ownership, control and development of the resources of Ireland by and on behalf of the working-class people of Ireland; the establishment of a secular state with equal rights and equal opportunities for all, irrespective of sex, religion or conviction; the elimination of repressive legislation and the achievement of full development, by and on behalf of the people, of their cultural inheritance. Welded to these national aims and aspirations, which will ultimately be won only with the establishment of a 32-county socialist republic, the candidates of Sinn Fein each of whom qualified by work already done on behalf of the workers of his or her area, there were important local issues.

Inside it is interesting to see however, the Sinn Féin Programme for action is clearly positioned in the context of the Republic of Ireland.

Oráid An Uachtarán (The Presidents speech - Tomás Mac Giolla then and long after) is also of interest, and in particular the text on pages 9 and 11 where a direct appeal is made to members of the Provisionals…

I would appeal to their members who may have been misled by lies and distortions, to examine our actions and policies. I am confident that they will find there is only one Republican Movement, only one Sinn Féin which stands uncompromisingly with the secularism and non sectarianism of Tone, with the Separatism and Socialism of Pearse and Connolly and they will find it here.

The rest of the document provides an interesting overview of the activities of OSF during this period. Perhaps most telling as regards that overview is the mention of the IRA at various points.

It also demonstrates, under the National Affairs heading (p.31) some of the gaps that OSF sought to bridge in terms of dealing with the reality of partition. Also of interest are the linkages established under the International heading which are broadly speaking liberation struggles in the developing world rather than the Soviets and affiliated states.

Although the articles are unsigned at this point in time the General Secretary was Máirín de Burca. 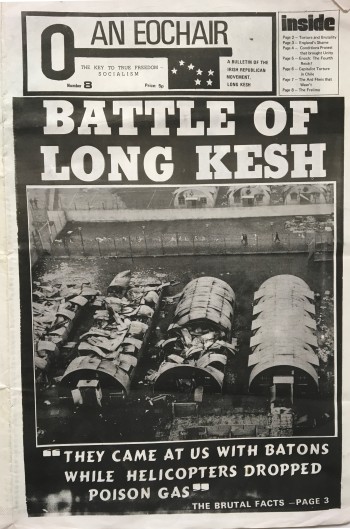 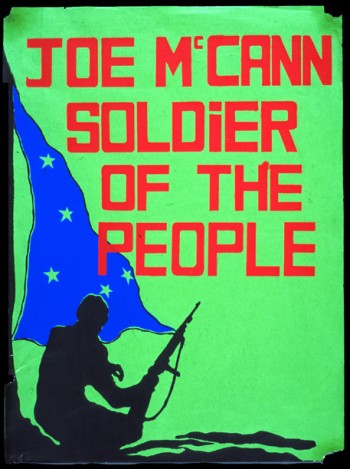