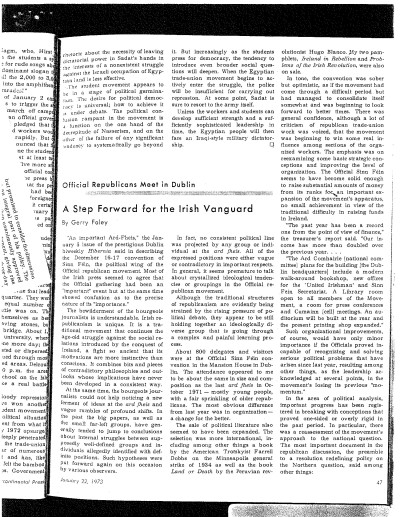 Thanks to Jim Monaghan for forwarding this to the Archive.

This short piece adds to the collection of articles and publications written by Gerry Foley. In this one he discusses the Official Republican convention in December 1972 in Dublin. He writes:

Irish republicanism is unique. It is a traditional movement that continues the age-old struggle against the social relations introduced by the conquest of Ireland, a fight so ancient that its motivations are more instinctive than conscious. It combines bits and pieces of contradictory philosophies and outlooks whose implications have never been developed in a consistent way.

And he notes the 800 delegates and visitors at the convention in the Mansion House. He suggests that the outlook was more ‘international’ and the ‘sale of political literature… seemed to have been expanded’ with books by American Trotskyists, including his own.

This snapshot of a movement at a time of expansion and optimism is striking. He quotes the treasurers report mentioning, ‘plans for the building [Dublin HQ] includ[ing] a modern walk-around bookshop, new offices for the United Irishman and SF Secretariat. A Library room… a room for press conferences, and Cumainn meetings’.

He also suggests that ‘in the area of political analysis important progress has been registered in breaking with conceptions that proved one-sided or overly rigid in the past’.

He notes that ‘condemnations of the ‘Provisional Alliance’ have ‘become almost a ritual in OSF’ and ‘serve no rational purpose’. And he points to this being ‘essentially moralistic, metaphysical absolutism’ which ‘weakens the militant nationalist current in general’ and ‘poison discussions and introduced an atmosphere of dogmatism and suspicion. In particular, blaming all the defeats of the past year on the Provisionals is unpleasantly reminiscent of the Stalinist practices of looking for traitors when things go wrong. A more materialistic analysis would be to analyse objectively the factors that enabled the Provisionals to grow and to play the ‘disastrous’ role Mac Giolla ascribes to them, especially the errors of the Official movement that contributed to the growth of the rival grouping’. 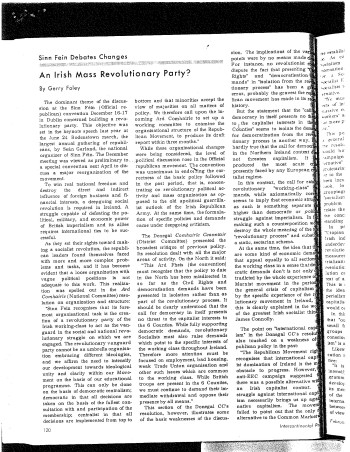 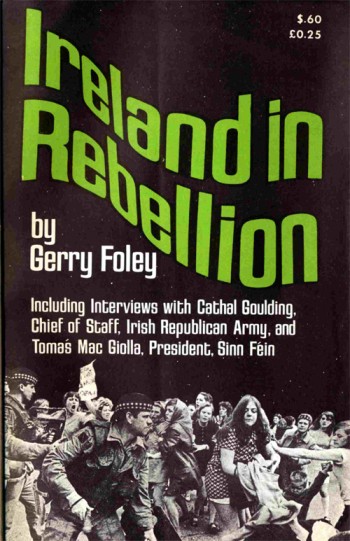 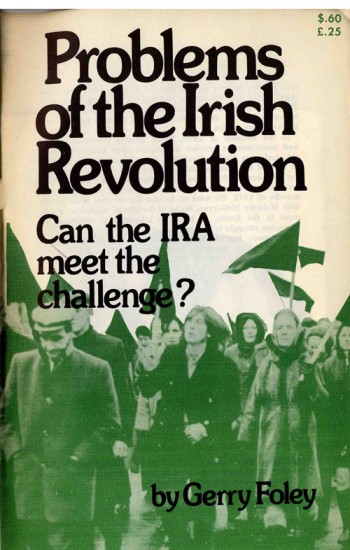 Problems of the Irish Revolution (1972) 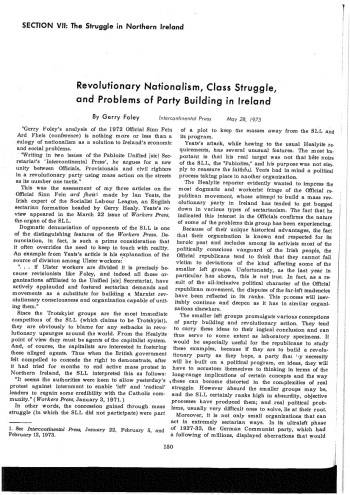 Intercontinental Press in the archive

Intercontinental Press (IP) was a weekly news magazine produced on behalf of the United Secretariat of the Fourth International between 1963 and 1986. Wikipedia …

See Intercontinental Press in the archive