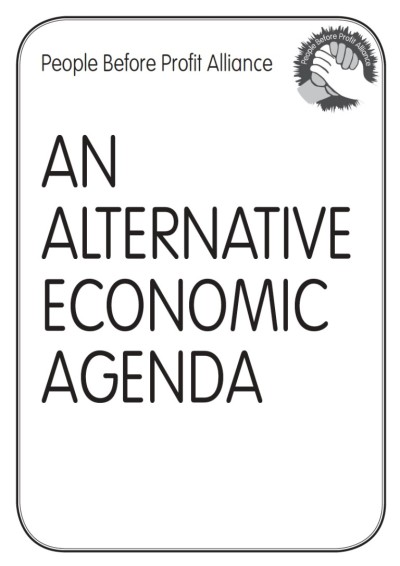 Many thanks to Alan Kinsella of IEL for this document that dates from the early days of the economic crisis and outlines the People Before Profit Alliance response to that.

People before Profit believes that the resources are there to counteract the impacts of recession on ordinary people. The availability of billions to ‘recapitalise’ the banks and to relieve them of their toxic assets shows that there is no need for any cuts in in health, education or social spending, for any wage cuts or levies.

The financial website Finfacts Ireland reported in October 2008 that “Irish investment of €13.9 billion was put into European property deals last year [2007]. In contrast, the Irish business sector does not even get a total of €200 million in venture capital investment” (www.finfacts.com).

Increase the tax base to fund the stimulus package by drawing resources away from the Celtic Tiger elite.

The Irish tax take is the lowest in Europe with government expenditure representing 32.3 % of GDP as against 64% in Belgium or 40% in Germany.

There are now clear limits to which the Irish economy can continue to borrow. The resources for a stimulus package must therefore come from an increase in the tax base.

Over the past decade state policy led to an erosion of the tax base as the political elite followed an aggressive neo-liberal model. The principal beneficiaries were a wealthy elite who increased their income by a staggering €41 billion in the last years of the boom. These layers benefited from huge state subsidies. Property-based tax subsidies, for example, meant the loss of taxes worth €500 million in 2006.

There’s a call for a left alternative.

A new left political alternative is more urgent as every day passes. The People Before Profit Alliance is aiming to build that alternative and also to reach out to others on the left. Those on the radical left and independent activists need to put aside their differences and come together in campaigns, electoral alliances and a new political movement.

And it engages with the broader aspect of the crisis internationally.

The crisis is by no means confined to Ireland despit the home focus of the media. The crisis is the result of an economic system which is based on a great contradiction. There is huge dependence of people on each other across the world, through the global system of production, for the goods needed to maintain our livelihoods.

Yet control lies in the hands of privileged groups who compete, speculate, gamble with funny money and exploit the rest of us. There is only one answer to that: to struggle to take control of the means of creating wealth into the hands of all the people, so that cooperation to produce things we need replaces competition for profit.

More from People Before Profit 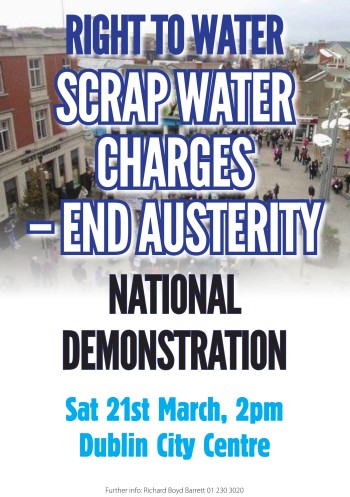 People Before Profit in the archive

People Before Profit (PBP) was established by the Socialist Workers’ Party in 2005. It is organised and contests elections on an all-island basis.…

See People Before Profit in the archive