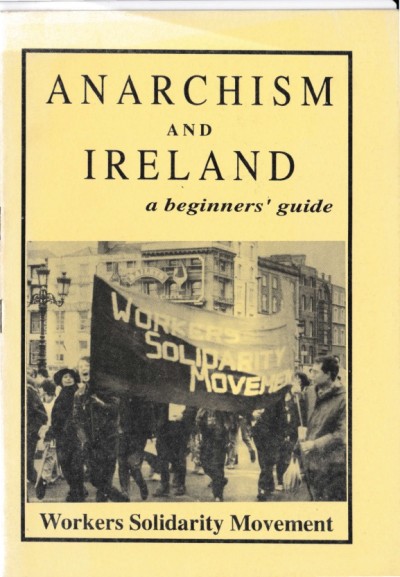 Many thanks to David Convery and John Cunningham of the Irish Centre for the Histories of Labour & Class  for the following document (and to the WSM too). An earlier edition of this pamphlet from the 1980s can be found here at the impressive Irish Anarchist History archive . As the IAH notes:

Published shortly after their formation (in September 1984) this was an introduction to the politics of the Workers Solidarity Movement. It was republished in 1987 and a new edition with a section on how ideas change was published in 1989. The initial print run was 1,000 and both reprints were either 500 or 1,000.

The IAH also notes that the document ‘positioned the WSM within the trade union movement’ and was a rejection of ‘anarcho-syndicalist strategy of… trying to build separate revolutionary unions’. Notably it rejects patriarchy.

It also notes that the intention of the pamphlet in all its iterations was to demonstrate how the WSM presented itself to others on the Irish left.

This edition notes in a preface by Kevin Doyle that:

In the seven years since the WSM last reprinted “Anarchism and Ireland” the reasons for doing so again have been more than demonstrated. Despite the great technological advances and the huge wealth and resources that now exist throughout the world, millions continue to die from starvation and from the major preventable diseases.

It notes that “Ireland is no exception to the injustice and inequality that prevails” and points to national deals that ‘have been stitched up between bosses and unions over the past nine years’.

The WSM is an anarchist organisation. We aim for a revolution by the working class which will overthrow the bosses and their governments and create a society run and controlled by those who actually produce the wealth of the world.

The pamphlet is divided into short sections that address different issues including The National Question, Women’s Freedom and The Trade Unions while also addressing pivotal moments in the history and development of anarchist thought including Russia and in particular Spain.

On that topic this is a PDF list courtesy of the WSM of documents issued by them . 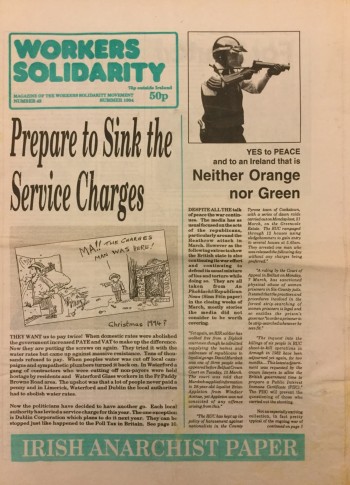 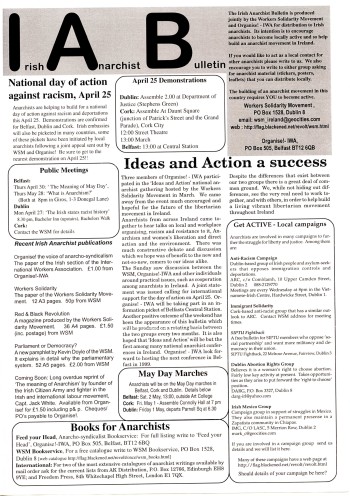 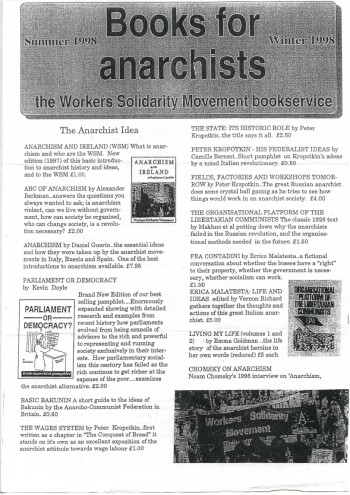 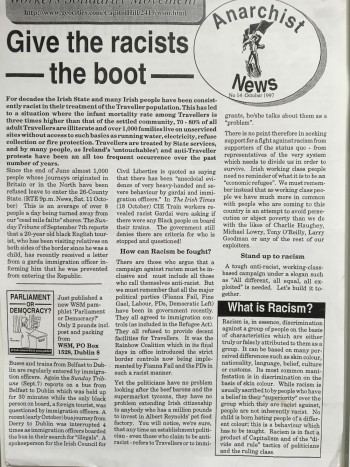 Workers' Solidarity Movement in the archive

The Workers’ Solidarity Movement (WSM) was established in 1984 by a number of small anarchist groups and unaligned individuals who sought to establish a national anarchist organisation. It took active roles in several campaigns, notably for abortion rights and against water charges in the 1990s. It …