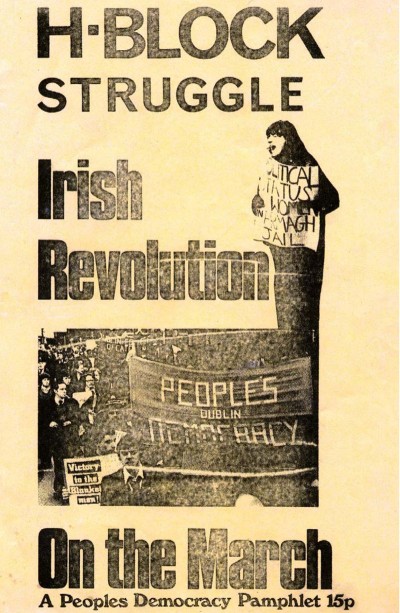 Many thanks to Niall Meehan for scanning and donating this to the Archive.

This is a very useful document from Peoples Democracy issued during the initial part of the H-Block campaign. In 13 or so pages it outlines the position of PD on the campaign, positions it as ‘A Political Issue’, ‘Humanism’, ‘Fianna Fail/SDLP’, the ‘Experience of the Civil Rights Movement’, ‘Winning Mass Support’, ‘The Trade Unions’, ‘Workers and the National Question’, ‘The Role of Women’, ‘Youth and H-Block’ and ‘A Fighting Organisation’.

It is far too comprehensive to do justice to it in its entirety, however the Introduction gives a good sense of the direction of the pamphlet.

PD has always fought for a broad based campaign on the question of H-Block. From the moment Britain withdrew political status we took the initiative in trying to win mass support for the prisoners. We were active from the beginning in building the RACs…

…our persistent efforts to build broad support for the H Block prisoners from both Sinn Fein and the Left. The Provos claimed we were selling out the National struggle while the Left denounced us for wanting an alliance with bourgeois individuals and parties. Neither accusation was true and by participating themselves in the National Smash H Block Committee our critics have in practice come to recognise this.

Today no one can doubt the merit of a broad-based campaign. The H Block Committee’s list of success is impressive. The conspiracy of silence has been breached and tens of thousands of people have received first hand information about the conditions in Long Kesh and Armagh.

In this pamphlet we explain the reason for our involvement in the campaign and how we see it developing in the overall context of the National struggle and the fight for socialism. the success of the campaign to date is clear. But it is also clear that we have reached a plateau in our activity. If we are going to take the struggle forward we must know where we are headed.

Throughout the text there are some interesting observations, for example:

Experience has shown us that the liberals, intellectuals and others who do not recognise, even in a historic sense, the need for national liberation, have not flocked to the H-Block campaign. The active campaigners have been those who supported the national liberation struggle over the past decade. The broad, popular, base of the campaign has been comprised of those who, while being neither Socialist or Republican, retain a long term hope for complete national independence. 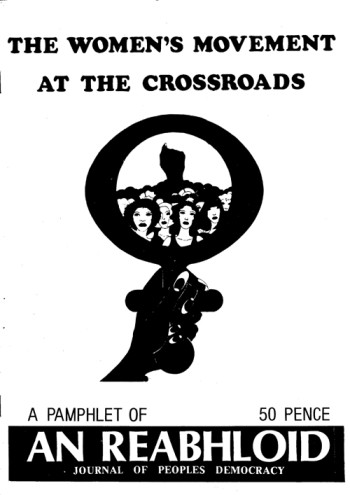 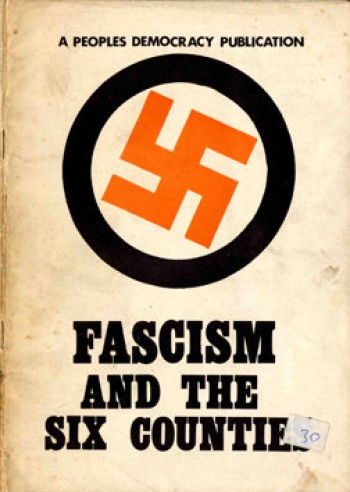 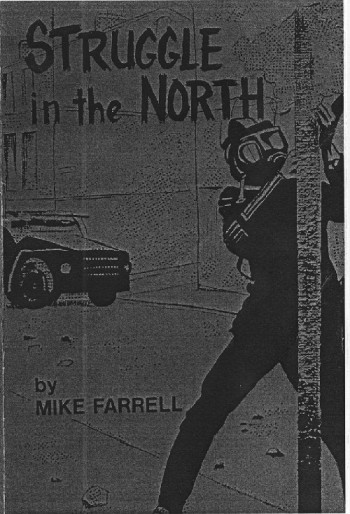