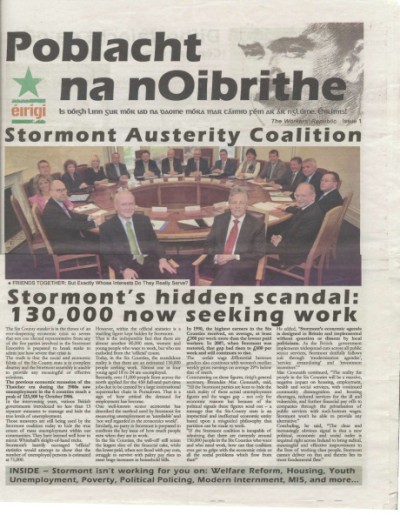 This is a first for the Archive, a document from Éirígí, the first issue of their Poblacht na hOibrithe (Workers’ Republic) newspaper issued by Éirígí in 2012. Éirígí (‘Arise’) was established in 2006 by former members of Sinn Féin, initially as a campaigning group. A year later it became an all-island political party. It’s political aims are British withdrawal from Northern Ireland and the establishment of a 32-country democratic socialist Irish Republic. It has achieved a considerable degree of prominence in a range of campaigns across Ireland and at one point it had two affiliated Councillors, one in Dungannon (who subsequently left to become an Independent) and former Sinn Féin Councillor Louise Minihan in Dublin.

This newspaper, which from the range of topics is written for a Northern audience, is a well produced document, eight pages long and somewhat larger than A3. It is colour throughout. The front page article is about ‘Stormont’s hidden scandal: 130,000 now seeking work’. It has a varied contents reflecting on ‘Stormont’s Agenda of Inequality’, ‘Political Policing still A Reality’, ‘Housing is a Right’, ‘Modern Internment’ and 1913.

The editorial argues that ‘anyone studying the pages of this edition of Poblacht na nOibrithe will see all the signs of a deeply sick society. Or, more likely still, they will have already recognised them every day in their own lives’.

In the areas of healthcare, housing and employment, in its treatment of children, pensioners and the most vulnerable, the Six County statelet is failing dramatically.

For those with even the most rudimentary understanding of history, these statistics will come as no surprise. Since its brutal inception, the Six County state has acted as a bulwark against progress on every level – socially, economically, culturally and nationally.

What is different this time, however, is the smokescreen that has been erected to obscure the facts. For more than a decade we’ve been told we’re living in the ‘New Northern Ireland’, a place where everyone has an equal stake. To seek this lie the British government has co-opted the constitutional nationalist parties and a sizeable group of castle catholics into a coalition with big house unionism, leaving working class communities with the illusion of a peace dividend and ever-growing dole queues.

…there has been no peace dividend for the working class people of Belfast, Newry, Derry City and anywhere else you choose to name in the Six Counties. Britain’s latest strategy to pacify this place has amounted to creating enough stability to allow multinationals to make obscene profits and the middle classes to live comfortably, leaving the rest of us to suffer in silence.

And it asserts that:

All this inequality and injustice is sold to us by a pliant bunch of visionless politicians and a grovelling corporate media. And, if like republicans and socialists across Ireland, you refuse to buy what they’re selling, the armed enforcers of the PSNI, MI5 and other sinister elements of the occupation will drop the heavy hand.

It suggests that éirígí is a natural home for those seeking to ameliorate or overthrow the above.

Our communities are in desperate need of an alternative and éirígí is in no doubt as to what that alternative should be. The Irish working class has gained exactly nothing from constitutional politics and participation in state structures that were established to serve the interests of the wealthy, not the plebs. What few rights the Irish working class has, it holds as a result of grass roots struggle and militant action.

And it concludes by stating:

The time has long passed for the removal of British rule and economic exploitation from this country. A 32-county socialist republic is as viable a solution now as it was when it was fought for in 1916 or hungered for in the H-Blocks in 1981. But the Republic only stands a chance if our communities become centres of resistance to the British government and the parasites who call themselves bankers, landlords and businessmen. 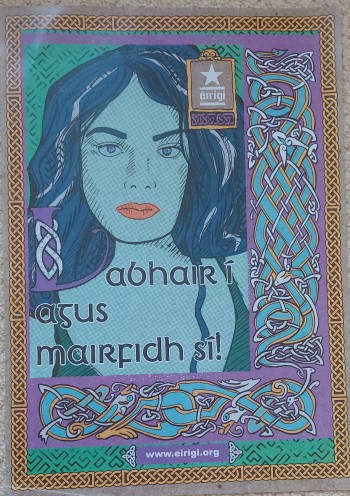 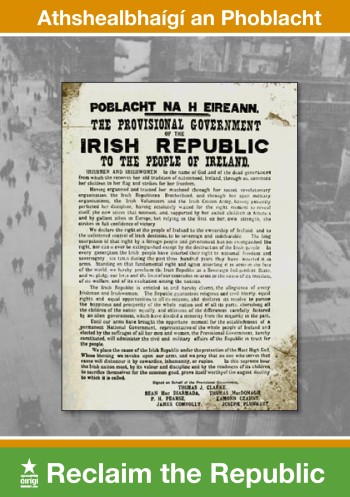 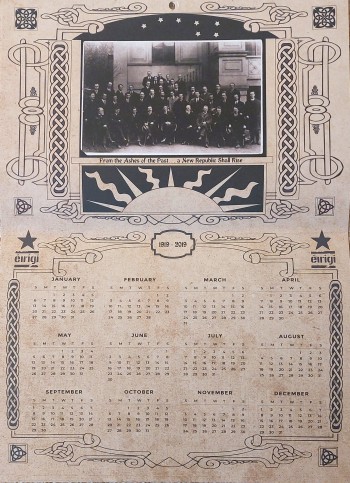 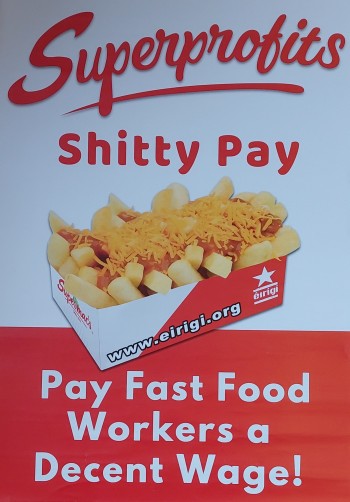 Éirígí in the archive

Éirígí is a socialist republican political party in Ireland. It was formed by a small group of former Sinn Féin activists in Dublin in April 2006 as a political campaigns group. On 12 May 2007, at the party’s first Ardfheis (conference), its members voted to become a full-fledged political party,…

See Éirígí in the archive