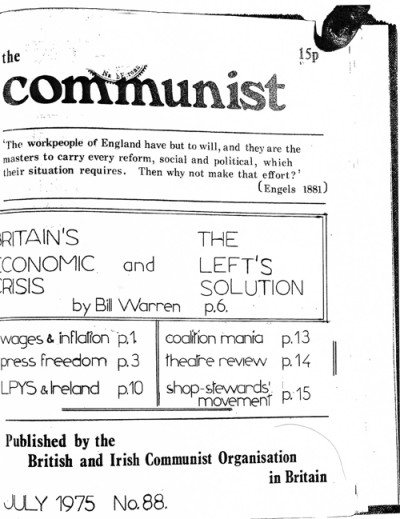 Many thanks to an anonymous contributor for forwarding this and penning the following:

About the Communist Magazine:

Brooke was the author of several controversial publications under the Athol Books aegis, including “How Right Are the Racists?” (1978) and the second edition of his “Ulster Presbyterianism : the Historical Perspective, 1610-1970” (1987, Gill and MacMillan, 2nd ed. 1994, Athol Books). He also wrote a chapbook of poetry “Those Two Boys” for Reprisal Press in 1980.

“The Communist” rarely shied away from controversy, and the infamous July 1979 “Special Stalin Centenary Issue” and 1982 editorials defending the Falklands War, seem to have entered UK Left folklore. The Athol Books publication Labour and Trade Union Review, begun in 1987, seems to be “the Communist’s” successor. ]

More from The Communist 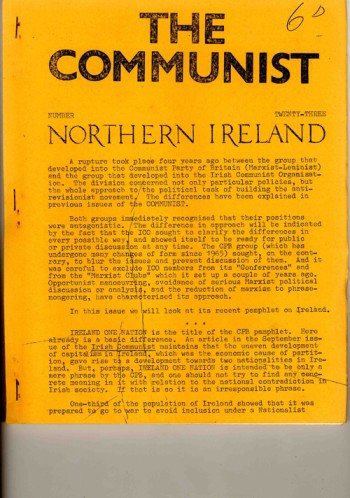 The Communist in the archive

See The Communist in the archive