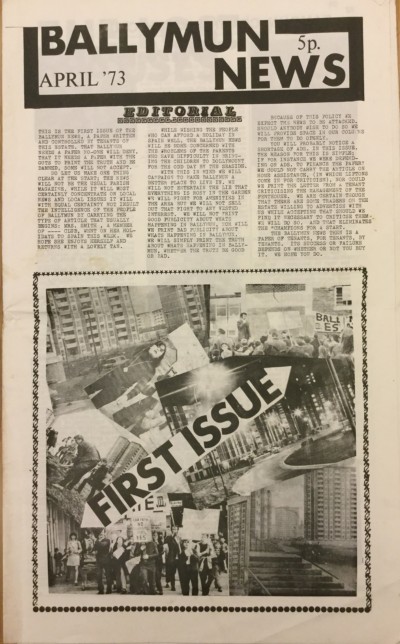 Thanks to the person who forwarded this to the Archive

This is an interesting publication which appears to be linked in some respect to Official Sinn Féin. It’s broad thrust is that of a community/residents/tenants newspaper and it has a lot of material in it ranging from news about the area to cartoons and ballads. Subjects addressed include school meals and attacks on the government.

The editorial board thanks ‘The Galway News’ ‘for their invaluable assistance’. There’s also a brief note on Joe McCann noting that ‘on the 13th of April, one year ago, the British paras shot Joe McCann dead in his native markets area of Belfast… one of the finest of our latter day revolutionaries’.

Any further information about it or those involved would be very very welcome.

See Ballymun News in the archive