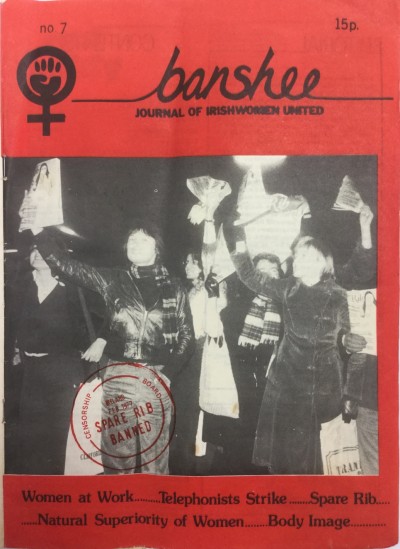 Many thanks to bobcat for forwarding this document to the Archive.

Banshee – Journal of Irishwoman United is an important addition to the collection of documents, particularly as it is an avowedly feminist publication.

On the inside front page it notes in answer to the question ‘What is Irish Women United?’:

We are a group of Women’s liberationists who believe that the best perspective for struggle against women’s oppression in Ireland lies in an ongoing fight around the charter of demands printed here.

We came together originally in April 1975 as a few individual women interested in the idea of building a conference to discuss a charter; what its demands would be and how a campaign should be built.

At this conference on June 8th, attended by approximately 100 women, we constituted ourselves as a separate group, Irish Women United – the only criteria for joining to be agreement on the demands of the charter.

The scope of the publication is considerable with a broad range of issues addressed in the full 16 pages. These include pieces on Body Image, the Catholic Church (under the heading Father Church), four pages on ‘Women at Work’, one on Equal Pay, another on ‘Telephonists equal pay strike’. A further piece discusses The Natural Superiority of Women. There’s letters from readers, a page of poems and the Charter mentioned in the piece above is printed on the last page.

It is reasonable to suggest that it takes a left of centre approach – not least in its emphasis on union action, women workers rights and so on. And this review by Mary Cullen in History Ireland of Linda Connelly’s ‘The Irish Womena’s Movement: from revolution to devolution’ confirms that:

After a few years [the Irish Women’s Liberation Movement] was succeeded by Irishwomen United, a more consciously left-wing grouping which was characterised by internal ideological debate and argument among feminists who were also variously socialists, nationalists, republicans, lesbians, and radicals. There was also increasing co-operation between the newer feminists and the longer-established groups.

This is emphasised in many aspects of the Charter which while acknowledging different approaches amongst feminists pledges to ‘challenge and fight sexism in all forms and oppose all forms of exploitation of women which keep them oppressed. These demands are all part of the essential right of women to self-determination of our own lives – equality in education and work; control of our own bodies; an adequate standard of living and freedom from sexist conditioning.

The main points of the Charter are:

The editorial mentions the recent banning of British feminist magazine ‘Spare Rib’ in the Republic and positions that banning within a broader web of anti-women laws including the fact that contraception was then illegal, as was reading about contraception. It also notes how the Project Arts Centre ‘lost it’s grant because it presented two plays about homosexuality…a television series ‘Executive Suite’ was withdrawn because it dealt with abortion and lesbianism’.

As feminists we recognise these actions as forming a common consensus by the Irish establishment to deny women the right to control their own fertility and to freely choose and express their sexuality.

We will fight this assault on our rights, at ever level, and particularly we will continue to buy and read the literature of our choice.

This here on the Irish Left Review is particularly useful in relation to Irishwomen United. 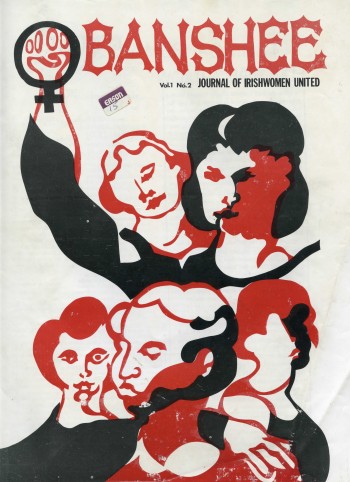 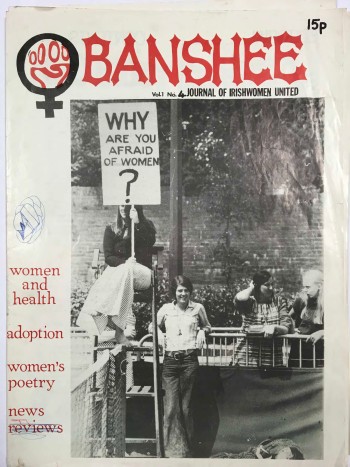 Banshee in the archive

Banshee was the journal of Irish Women United, first published in 1975.…

See Banshee in the archive