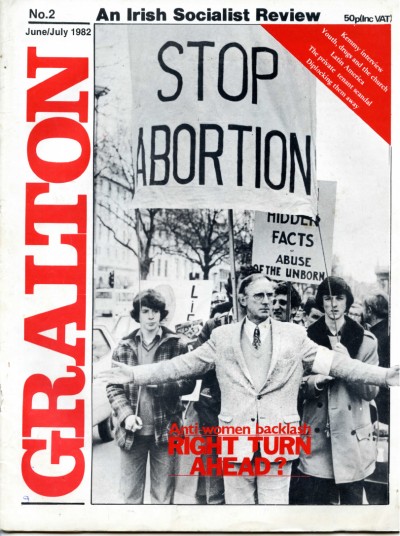 Many thanks to Jim Lane for donating this and other copies of Gralton to the Left Archive. It is intended to post these up in sequence every month or so over the next year.

As noted previously Gralton sought remarkably effectively to position itself as a left wing magazine in the mould of This Week, Magill and other publications.

This edition has a striking cover with a photograph of a pro-life march in Dublin, which has the accompanying headline ‘Anti-women backlesh: Right Turn Ahead?’. Two articles link into that topic with a review of the proposed constitutional amendment by Goretti Horgan and another piece by Brian Trench which ‘examines the retreat of the Catholic Church in southern Europe in the face of demands for women’s rights’. The former concentrates on the development of the Women’s Right to Choose Group and the approach of SPUC and PLAC.

What then, if the Amendment is passed? SPUC and the PLAC speak vaguely of ‘enabling legislation’. Certainly any such Amendment will include a guarantee to ‘protect by law’ the right of the fertilised ovum, embryo, foetus, over that of the pregnant woman. The first batch of legislation would almost certainly close those non-directive pregnancy counselling centres, such as the IPCC and Well Woman Centre, which refer women who choose abortion to safe and inexpensive clinics in Britain. Next on the list would probably be the outlawing of certain methods of contraception which anti-abortionists define as abortifacient – the IUD, the low dose and progesterone Pill’.

A specific section offers advice on ‘How to Work the Social Welfare System’. There’s also an interview with Jim Kemmy and Michael Conaghan of the ‘new Democratic Socialist Party’. It’s interesting on a number of levels, not least the criticism Kemmy and Conaghan have for the SFWP TDs who ‘are all self proclaimed nationalists and will say so every time they get a chance – they’re in favour of what they cal a 32 county socialist republic. But what does that mean? It means the old nationalism dressed up again in some sort of a socialist fig’.

Another article looks at ‘ten years of the non-jury Diplock Courts’ and Peadar Kirby examines the topic of ‘Securing Latin America for Uncle Sam’.

Other articles examine private tenants situation, a piece by Joe Duffy, then Education Officer of USI, on ‘Students: Organising for defence.

There is a series of articles on young people, with one on ‘how church-run organisations are trying to keep the lid down by winning more control of youth services’, another on ‘the hysteria about drug abuse as against the allocation and direction of funds’ and another piece by Brian Trench on ‘proliferating special projects and schemes’.

There is mention of ‘a major victory won for Irish women in late March this year when the FF government under pressure format eh Women’s Campaign for a Unified Social Welfare Code, made it possible for separated women, why no dependents, and who are not receiving maintenance to get unemployment assistance’. 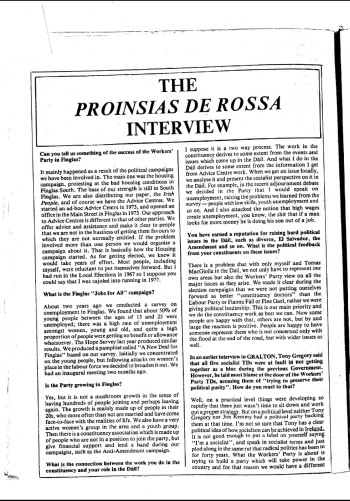 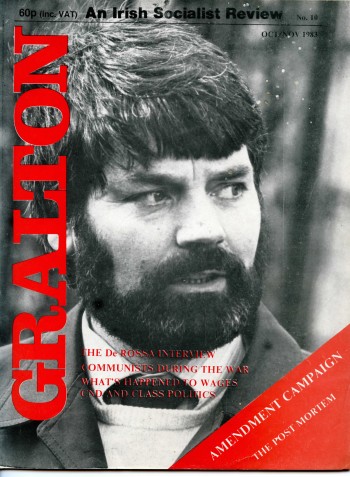 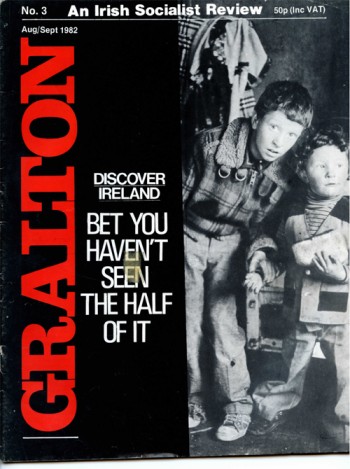 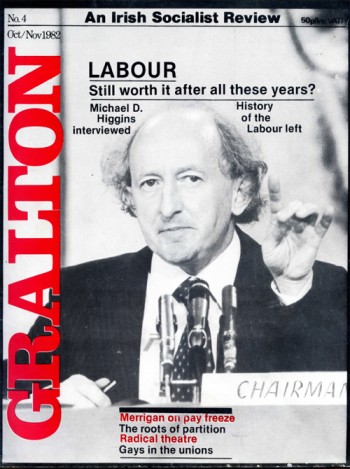