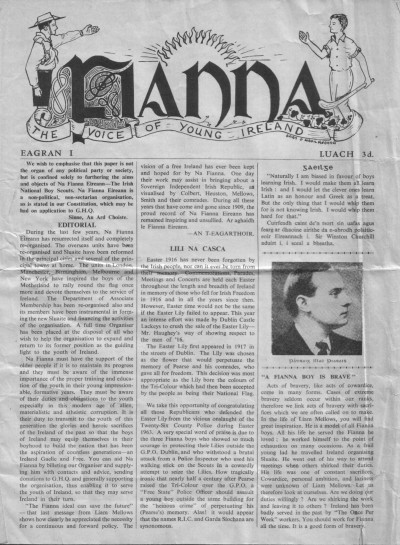 Many thanks to the person who forwarded this to the Archive – it is part of a continuing project to post up Sinn Féin and (then) Provisional Sinn Féin materials from the 1960s onwards – and is very much appreciated.

This newspaper issued on behalf of ‘na Fianna Eireann – the national Boy Scouts’, the youth section of the IRA, was printed in 1964, to judge from the text, though no date is printed on it. It clearly dates from prior to the split in Sinn Féin and the IRA that led to the establishment of competing organisations.

…this paper is not the organ of any political party or society, but is confined solely to furthering the aims of Na Fianna Eireann’ which it argues is ‘a non-political, non-sectarian organisation’.

This year an intense effort was made by the Dublin Castle Lackey’s to crush the sale of the Easter Lily – Mr. Haughey’s way of showing respect to the men of ’16.

…takes this opportunity of congratulating all those republicans who defended the Easter Lily from the vicious onslaught of the Twenty-Six County Police during Easter 1963.

The rest of the paper contains the history of the Fianna and outlines the activities of same. There’s also a short piece on ‘The National Flag’. 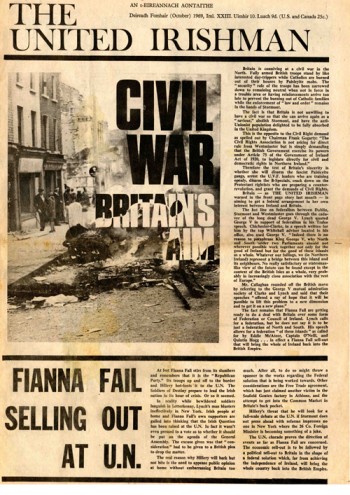 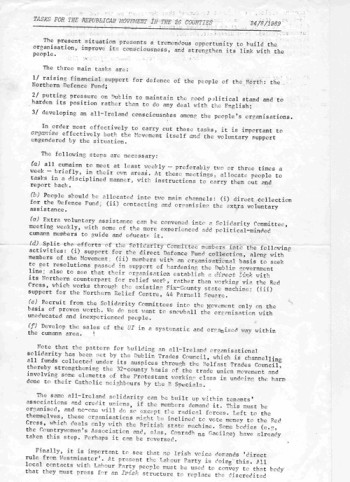 Tasks for the Republican Movement in the 26 Counties (1969) 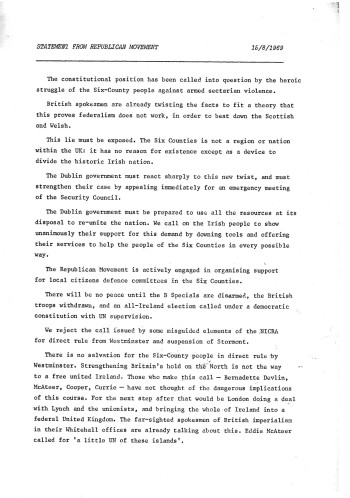 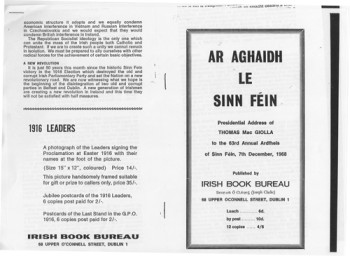