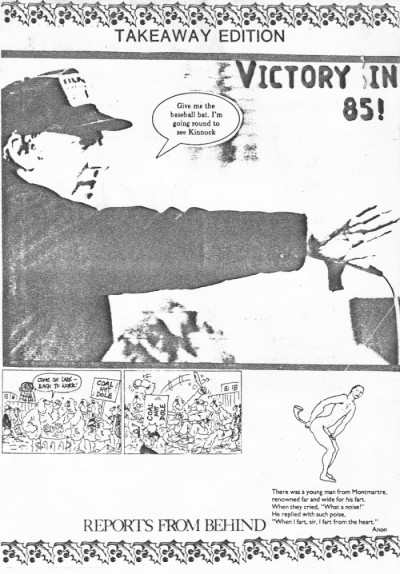 First off , needless to say this has no specific reference to Ireland, but may well be of interest to many of you who looked on with horror at the treatment of the striking miners in the UK during the miners strike. This newsletter is from Christmas 1984 “Victory in 85! -Takeaway Edition” produced by Striking members of the National Union of Mineworkers Nottingham area.

I’ve a few bits in relation to the Hucknall Colliery and the strike, so a small bit of background information on the pit and the area.

When the initial pit closures were announced by the National Coal Board on the 6th of March 1984, Hucknall colliery in Nottingham was one of the 20 coal mines that was due to close. The closure of the twenty pits would result in the loss of 20,000 jobs. As far as I’m aware Hucknall was the only pit in the Nottingham area due for closure. The rest of the Nottinghamshire mines were in general the most modern equipped and had most coal reserves, so were not the most militant. You may also recall that the Nottingham area NUM did not fully support the strike. This in turn led to the foundation of a breakaway Union , The Union of Democratic Mineworkers (UDM) which was founded in Nottingham. This Union was a godsend to the coal board and the Thatcher government. Twenty seven years on the “Reflections of 1984″ section is a powerful description of the impact of the strike on ordinary workers, their families and communities. The role played by the police force in the strike is mentioned in the opening paragraphs and later on in reference to Orgreave…

For the men who went to Orgreave. The memories of that day will have the most lasting effect of all. When the 1984 strike is mentioned in years to come. Orgreave will immediately spring to mind. A medieval battle fought in modern times.

The closing paragraphs say much too

Reflecting beck on 1984. we have sacrificed a considerable amount of money to stand by our principles and fight for our beliefs. The education we have received in return, money could not buy. The friends we have made throughout the Country like us for what we are, not what we have, the friends we have lost were not worth having in the first place. As we cannot adopt the motto of ‘UNITY IS STRENGTH‘ in this Area. how about a new motto for 1985 : “WORKING TOGETHER FOR EACH OTHER”

Later on in the newsletter there are thanks to local organisations included are various Labour and Communist Party branches and even the Nottingham Coin Collecting Society.

More from National Union of Mineworkers 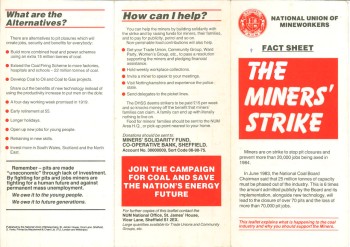 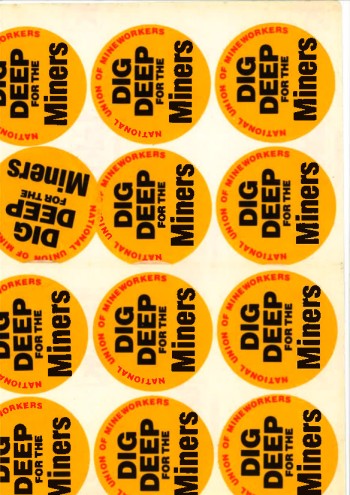 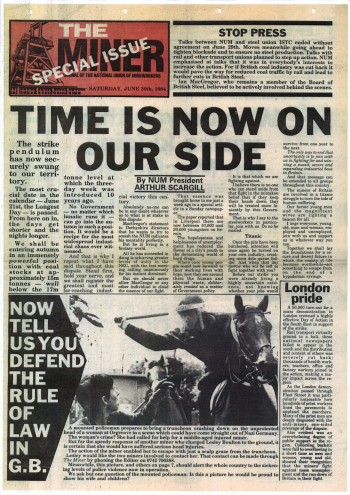 National Union of Mineworkers in the archive

The National Union of Mineworkers is a trade union for coal miners in the United Kingdom. Formed in 1945 as a reorganisation of the Miners’ Federation of Great Britain (MFGB), the miners’ unions were for much of the 20th century a powerful force not only in the British union movement, but also in…

See National Union of Mineworkers in the archive